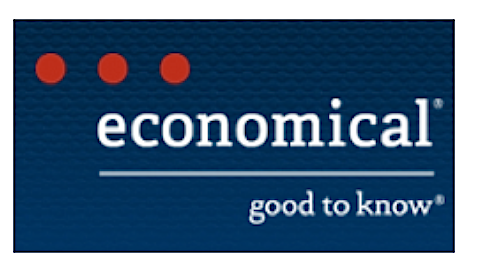 Economical Insurance is a name that many of you are less likely to be familiar with when all is said and done. That is why today, before we talk about the job cuts that the company will be making in the near future, lets begin by taking a look at how the company has chosen to describe itself, “Founded in 1871, Economical Insurance® is one of the largest property and casualty insurance companies in Canada, providing security and support for our customers and broker partners from coast to coast. We make one simple promise to all of our customers: we’ll be there when you need us most. When the unthinkable happens, you can count on Economical to take care of the details so you can get on with your life. Our innovative insurance products are backed by professional, 24-hour emergency claims service so we’re always available when you need us.”

Regrettably the company is going to be cutting back on about 145 workers in a bid to cut back on costs and set the company’s budget to where the company wanted it to be. Oddly enough the company does not seem to be in any kind of fiscal distress.

In its most recent quarter report the company showed some growth, “Economical Insurance (“Economical”), one of Canada’s leading property and casualty insurance companies, today announced consolidated financial results for the three months and six months ended June 30, 2012.  Economical reported consolidated net income of $39.7 million for the second quarter of 2012 compared to $23.2 million a year ago. Economical posted a combined ratio of 93.6% for the second quarter, a significant improvement of 6.0 percentage points from the same quarter a year ago. Year to date net income for the first half of 2012 increased $28.5 million to $80.6 million, with a combined ratio of 95.1% compared to 98.8% in 2011.  “Our second quarter results show that Economical is continuing to deliver strong profitable growth,” said Karen Gavan, president and CEO. “The company registered a 71% increase in net income over the same quarter of 2011, while maintaining strong growth trends in gross written premiums and mutual policyholders’ equity. While favorable weather conditions in 2012 have supported our performance, we continue to position our business for sustained profitable growth and a successful demutualization.” Economical’s total mutual policyholders’ equity was $1,381.7 million at June 30th, a 6.3% increase in the first six months of 2012.”

In its most recent release the company chose to highlight a student meeting instead of talking about the job cuts and how they will impact the company, “On Friday morning, October 26, hundreds of local high-school students, their teachers and local police will be discussing crime issues in schools at this year’s annual Student Symposium at the Ramada Inn, hosted by London-Elgin-Middlesex Crime Stoppers. Economical Insurance is pleased to provide more than $13,000 per year for the next three years to fund the annual Student Symposiums as well as the participation by London-Elgin-Middlesex Crime Stoppers in Racing Against Drugs (RAD), a drug and alcohol awareness program for local Grade 5 students put on by London Police Service in February.”

Update: Nowadays Insurance companies are hiring again, visit this page for latest openings in the USA.

SAS Group to Make Sizable Job Cut
Let’s Get Social
Feel like getting in touch or staying up to date with our latest news and updates?
Related Posts
Latest In Work Relationships
BCG FEATURED JOB