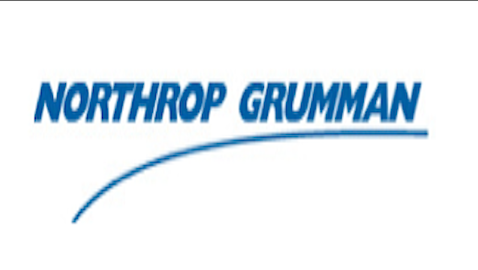 Northrop Grumman is a name that many of you are likely to not be familiar with at all.  That is why before we talk about the job cuts that the company is making in the near future, we are going to begin by talking about how the company has chosen to describe itself, “Northrop Grumman is a leading global security company providing innovative systems, products and solutions in aerospace, electronics, information systems, and technical services to government and commercial customers worldwide.”

Sadly the company is getting ready to cut back on about 350 workers at its facility in Linthicum in a mass layoff action designed to help the company deal with the increased demands for leanness in Department of Defense contractor’s budgets. For those of you who are not familiar with the idea of a mass layoff action here is a look at how the federal government defines the term, “The Mass Layoff Statistics (MLS) program collects reports on mass layoff actions that result in workers being separated from their jobs. Monthly mass layoff numbers are from establishments which have at least 50 initial claims for unemployment insurance (UI) filed against them during a 5-week period. Extended mass layoff numbers (issued quarterly) are from a subset of such establishments—where private sector nonfarm employers indicate that 50 or more workers were separated from their jobs for at least 31 days.”

For the time being the company is not laying out a great deal of detail about the job cuts to come. They have said that the cuts will come in the end of the year, but they have yet to lay out specifics in terms of the positions to be cut, and the severance to be offered to the soon to be displaced workers.

This is not the first time that the company has turned to layoffs in the recent past. For those of you who missed out on our coverage of layoffs in September here is an excerpt that will get you up to speed in no time at all, “Northrop Grumman is getting ready to cut back on 590 workers in the state of California as a measure to cut with the reduced defense budget put out by the government as a way to alleviate pressure and allow more aid to flow directly to the states. The funds, which would simply be redirected for a few years, will be used to stimulate more wide spread employment.”

Before that the company made some serious cuts to its staff back in 2011, “According a spokesman from Northrop Grumman Corp., reduced business will cause the defense contractor to cut nearly 500 jobs. The majority of the cuts will come from the company’s Baltimore facility at Washington International Thurgood Marshall Airport. That facility has 8,000 employees.”

The company recently released its third quarter results, which showed a little bit about why the company is turning to layoffs to fix its budget issues, “Northrop Grumman Corporation (NYSE: NOC) reported third quarter 2012 earnings from continuing operations of $459 million, or $1.82 per diluted share, compared with $520 million, or $1.86 per diluted share, in the third quarter of 2011. The change in earnings and earnings per share is largely due to a $66 million decrease in net pension income in the 2012 third quarter. On a pension-adjusted basis, earnings per diluted share from continuing operations increased 6 percent to $1.73 from $1.63. During the third quarter the company repurchased 4.4 million shares of its common stock for approximately $290 million. Year to date through Sept. 30, 2012, the company has repurchased 13.6 million shares of its common stock, and $2.0 billion remains on its current share repurchase authorization.”

Capitol One to Close Newely Bought Facility, Layoff 100’s
Let’s Get Social
Feel like getting in touch or staying up to date with our latest news and updates?
Related Posts
Latest In Work Relationships