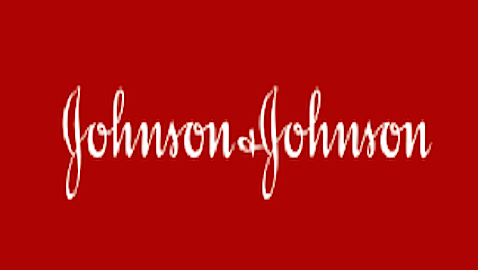 If you think that Johnson & Johnson is just a company that makes baby products then you are quite wrong. So, before we talk about the job cuts that the company is making, lets begin by talking about how the company has chosen to describe itself, “Caring for the world, one person at a time… inspires and unites the people of Johnson & Johnson. We embrace research and science – bringing innovative ideas, products and services to advance the health and well-being of people. Employees of the Johnson & Johnson Family of Companies work with partners in health care to touch the lives of over a billion people every day, throughout the world.”

Sadly, after a major setback in the trial for a drug designed to help combat Alzheimer’s, the company is getting ready to cut back on a significant number of workers at it San Francisco location. The job cuts, which are set to impact about 130 workers when all is said and done, and enough to qualify as a mass layoff action under the current federal guidelines. For those of you who are not familiar with the idea of a mass layoff action here is a look at how the federal government defines the term, “The Mass Layoff Statistics (MLS) program collects reports on mass layoff actions that result in workers being separated from their jobs. Monthly mass layoff numbers are from establishments which have at least 50 initial claims for unemployment insurance (UI) filed against them during a 5-week period. Extended mass layoff numbers (issued quarterly) are from a subset of such establishments—where private sector nonfarm employers indicate that 50 or more workers were separated from their jobs for at least 31 days.”

While it is easy to understand why the company would have to lay off workers at the end of a lengthy drug trial, especially on that did not work out well, the company’s most recent general fiscal number did not seem so bad, “Johnson & Johnson today announced sales of $16.5 billion for the second quarter of 2012, a decrease of 0.7% as compared to the second quarter of 2011.  Operational results increased 3.5% and the negative impact of currency was 4.2%. Domestic sales decreased 1.2%. International sales decreased 0.4%, reflecting operational growth of 7.1% and a negative currency impact of 7.5%. Sales included the impact of the recently completed acquisition of Synthes, Inc., which contributed 1.2% to worldwide operational sales growth.” So who knows, perhaps there is hope for the workers to be hired back on.

The most recent release put out by the company however was about a conference they are hosting, instead of the failed trial or the job cuts, “New Brunswick, NJ (October 25, 2012) – Johnson & Johnson (NYSE: JNJ) will host a Medical Devices & Diagnostics business review for the investment community beginning at 8:30 a.m. (Eastern Time) on Thursday, November 1st  at the Hyatt Regency Hotel in New Brunswick, N.J. The program will include presentations by Johnson & Johnson’s senior management representing our Medical Devices & Diagnostics segments.  Dominic Caruso, Vice President, Finance and Chief Financial Officer will open the meeting. A live webcast will be available through www.investor.jnj.com.  This webcast is optimized for mobile streaming on iOS devices such as iPhones, iPods, and iPads.  A replay and podcast will be available approximately two hours after the meeting concludes.”

Update: Apart from San Francisco Johnson & Johnson is now hiring in US, UK and Canada. Learn more about this opportunities at Granted.com.