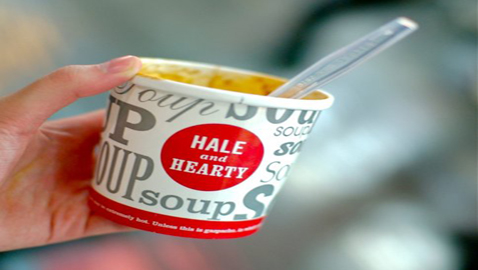 New York City based soup chain Hale and Hearty sent out a mail to the customers on its mailing list offering them a free-cup of soup at their new location in Livingston, N.J.  The promising email also assured their soup was not the only “hot” item on offer and that would also receive “any service they desired from a “c…t” named Mary.

The mail that landed in the customers’ mail read that the company would be celebrating the opening of its new branch and invites its loyal customers along with their friends and family to have a free cup of soup.

The curiosity and the indignation that the mail created forced the management to issue a statement saying that they have no idea how the mail was sent and that their computers had been tampered with and it was the work of a disgruntled employee or a mischief-monger and that they were looking into the matter.

Hale and Hearty CEO Simon Jacobs issued an apology for the mail and said, that initial internal investigations had revealed that someone managed to get the username and password of its daily email at one of its locations and used an old email to make it sound obscene and offensive and sent it to the subscribers list.

He went on to say that not only have they changed their password they have also installed precautions that such a thing does not recur. He said that they regret very much what happened, but assured that even though they do not know who the culprit was, they would ensure that it would never happen again.

Considering that whoever sent the mail, the company feels it could be some rogue employee, overlooked changing the date that says that the new branch is being opened in 2008, means that this was an old joke-email that the company forgot to delete, so it was only a matter of time before some employee saw it and decide to play a dirty prank.

Recipients of the mail, who were on the chain’s mailing list expressed concern if their mails were safe with the company and flooded the chain’s Facebook page with queries to find out what really happened. The company assured its customers that they have made sure that “none of your personal information was tampered with during this unfortunate event.”

Whatever the indignation and the embarrassment that it may have caused the soup chain, the message has reached a 100-fold wider audience, who will undoubtedly flock to for the promised cup of coffee and the elusive damsel.