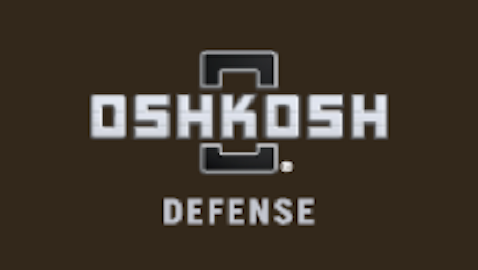 If said the name Oshkosh would you think that I was talking about a line of children’s clothing? If so then you have a lot to learn. So before we talk about the job cuts coming to the people over at Oshkosh Defense lets begin by taking a look at how the company has chosen to describe itself, ” At Oshkosh Defense, we specialize in serving our military customers by designing, producing and sustaining a portfolio of best-in-class vehicles, components and logistics solutions. Since 1917, we have delivered more than 100,000 tactical and armored vehicles and trailers for a full range of missions in the most challenging terrain. We proudly deliver the most trusted vehicles to the Armed Forces including the M-ATV, FMTV, MTVR, LVSR, HET and more, to support every branch of the military in all parts of the world. We stand behind all of our products by offering full life-cycle sustainment and services including fleet maintenance and modernization, operator training, technical training, logistics and parts support. Altogether, we provide an integrated approach to achieving the highest levels of performance in support of our customers’ missions.”

Sadly the company is getting ready to cut back on 450 manufacturing jobs at its Oshkosh facility in a bid to reduce its staffing costs. Job cuts of this magnitude are more then enough to qualify as a mass layoff action under the current federal guidelines. For those of you who are not familiar with the idea of a mass layoff action here is a look at how the federal government defines the term, “The Mass Layoff Statistics (MLS) program collects reports on mass layoff actions that result in workers being separated from their jobs. Monthly mass layoff numbers are from establishments which have at least 50 initial claims for unemployment insurance (UI) filed against them during a 5-week period. Extended mass layoff numbers (issued quarterly) are from a subset of such establishments—where private sector nonfarm employers indicate that 50 or more workers were separated from their jobs for at least 31 days.” For the time being the company has not given a list of positions that are going to be cut, or set an exact date for the job cuts to come.

Interestingly the company’s most recent release was not about the job cuts they are getting ready to make, but instead about a sizable charitable donation they are going to make, “Oshkosh Defense, a division of Oshkosh Corporation (NYSE:OSK), presented the Tragedy Assistance Program for Survivors (TAPS) with a $100,000 contribution today at AUSA 2012. The contribution was raised through a signature campaign that began last year and gathered signatures at various nationwide events. Oshkosh pledged to donate $2 for each signature until reaching its goal of $100,000. Oshkosh also announced it would be continuing its support for TAPS with a follow-on signature campaign for 2013. TAPS provides free-of-charge tragedy assistance to anyone who has suffered the loss of a military loved one. Founded in 1994, the program has assisted more than 35,000 surviving family members and friends through comprehensive services and programs, including case work assistance, emotional support, and grief and trauma resources.”

Summary: Performs a variety of administrative and secretarial duties to support 1 Partner and 1-2...

Associate Attorney The candidate should have a J.D. degree from an ABA-accredited law school with e...