Home  » Democratization of Entrepreneurship May Be the Way to Employment 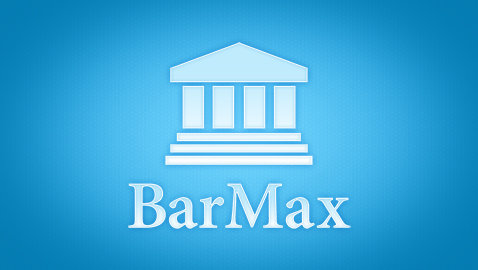 As law school and college graduates scramble to find jobs in a bear economy, new technologies are leveling the playing field to allow recent graduates with disruptive ideas to create their own jobs.

This week, TestMax is unveiling the second generation of its line of iOS apps, with the re-launch of LSATMax, the first and only comprehensive LSAT prep course available in the Apple App Store. This app will be free to download and can serve as either a comprehensive solution or a supplement, so if you are a pre-law student preparing for the LSAT, make sure to check it out.

BarMax was launched without massive capital investments and the unparalleled reach of the Apple App Store allowed TestMax to compete head-to-head with multi-million dollar public companies overnight, including nationally-recognized bar exam preparation providers.  TextMax is proof that law school and college is not a place to become just another employee, but a leader.

TestMax has used the iOS platform to eliminate much of the needless overhead associated with standardized test prep courses in an effort to make exam prep affordable for every student.  For instance, BarMax offers a free app for the Multistate Professional Responsibility Examination (MPRE) with no strings attached.  Its upcoming revised version of the MPRE will not only include real practice questions from past exams from the National Conference of Bar Examiners, but also answer explanations containing multiple choice strategies.  And despite the fact that BarMax is already more affordable than its competitors, the company still offers public interest scholarships to encourage work in public interest.

TestMax has concentrated on providing real value to customers by listening to their feedback.  In response to users who do not own Apple products, TestMax has begun to make its courses available online.  For example, BarMax MPRE and LSATMax are currently accessible through Udemy, a portal for instructions.  The company has also already released SATMax for Windows 8 and plans to make its entire line of test prep apps available on this new platform by 2013.

TestMax reminds people that they can create their own jobs when they work hard and partner with the best and the brightest.

Creating Unique Business Alliances: Six Insights To Help Transform Your Company’s Value
Let’s Get Social
Feel like getting in touch or staying up to date with our latest news and updates?
Related Posts
Latest In Work Relationships