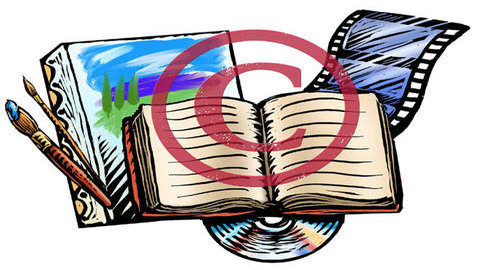 When so many companies are suing workers for intellectual property infringement, it is good for the worker to look out for what belongs to the worker, and what belongs to the company.  Many companies go after workers who leave, claiming they are stealing copyrighted or patented work to use elsewhere. To prevent lawsuits, a worker should be wary in reading contracts to make sure something the worker wants to keep as his or her own does not get assigned to a company.

A less on intellectual property ownership can be learned from the case Thomas Alexander Dallal v. New York Times Company, New York Times Electronic Media Company, Times Company Digital, Inc., New York Times Information Service, Inc., New York Times News Service (Times), No. 09-0407-cv, 2009 U.S. App. LEXIS 24328 (November 5, 2009).  In this case, the U.S. Court of Appeals for the Second Circuit affirmed the district court’s decision that Dallal was not entitled to judgment as a matter of law on the Time’s defenses of oral agreement, implied license, equitable estoppel, and revision privilege. Judgment as a matter of law existed only where “a party has been fully heard on an issue and there is no legally sufficient evidentiary basis for a reasonable jury to find for that party on that issue.” Jarvis v. Ford Motor Co., 283 F.3d 33, 43 (2nd Cir. 2002) (quoting Fed. R. Civ. P. 50(a)).

The U.S. Court of Appeals for the Second Circuit concluded that because Title 17 U.S.C. Section 204(a) required a written contract for a transfer of copyright ownership, including the grant of an exclusive license, there was a dispute of facts on whether Dallal had written agreements with the Times for the purchase of exclusive licenses to Dallal’s photographs under Title 17 U.S.C. Section 204(a), and whether equitable estoppel barred Dallal’s copyright infringement complaint when the Times relied on Dallal’s continued acceptance of assignments despite his copyright infringement claim.

As to the revision privilege, the U.S. Court of Appeals determined there was a dispute of facts on whether an oral agreement governed Dallal’s assignments with the Times. The U.S. Court of Appeals rejected Dallal’s argument that his invoices effected an “express transfer” under Title 17 U.S.C. Section 201(c), which permitted revisions by copyright holders in collective works, even where individual authors retain copyrights, “[i]n the absence of an express transfer of the copyright or of any right under it.”

Trade Up or Trade Down for Business Success

Invoice Factoring for Small Businesses
Let’s Get Social
Feel like getting in touch or staying up to date with our latest news and updates?
Related Posts
Latest In Work Relationships
BCG FEATURED JOB