Home  » Injuries at Coal Mine Result in Lawsuit — Are Business and Parent Company Responsible? 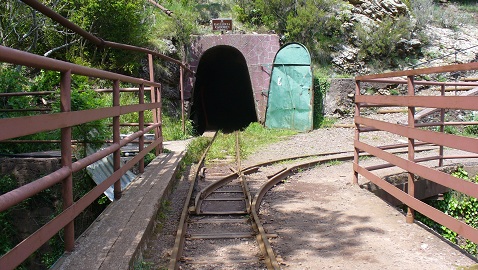 A worker’s injuries at a coal mine in Wyoming led to a lawsuit under the Federal Employers Liability Act (FELA). But she had to prove that her employer was a common carrier, as defined by FELA, and this was refuted by the two companies that she’d named as defendants.

The woman worked for Rail Link, Inc. as a freight train operator. Rail Link is a railroad switching company, which manages railcars in such places as coal mines. It contracts with private businesses to provide onsite assistance; in the case of the Belle Ayre Mine, where the injury occurred, Rail Link has a contract with Foundation Coal West, Inc. and handles shipments into and out of the mine. Rail Link also contracts railroad terminals and owns two short-line railroad companies which provide the connection between long-haul railroad companies and terminals. Genessee & Wyoming, Inc. (GWI) is Rail Link’s parent company.

After the woman suffered severe injuries at the mine, she brought action against both Rail Link and GWI, alleging negligence. For the companies to be subject to FELA liability, the plaintiff was further alleging that both companies were her employers and were common carriers, which FELA classifies as businesses which operate a railroad(s) that transports goods for the public. Both companies denied being common carriers, and GWI additionally argued that it wasn’t the plaintiff’s employer. Both made a motion for summary judgment, which was granted by the district court.

On appeal, judges noted that Rail Link, at the Wyoming mine, had a single contract with one client and was compensated pursuant to the contractual agreement. Rail Link oversaw and managed shipments, not specifically handling operations, which were performed by the other company – and this company, appellate judges asserted, was the “true carrier” and subject to FELA liability.

The woman’s argument searched for support in advertisements – GWI’s website boasted of its status as a common carrier and Rail Link’s control over common carriers. But FELA statutes state that a common carrier is identified by what the company actually does in the field, not based on any claims it might make to the public. And though Rail Link is a parent company to common carriers (the short-line railroad companies), it doesn’t necessarily classify it as the same.

The plaintiff also tried to show that GWI was her employer. She stated that all of the paperwork regarding her hire, insurance and even her accident was with GWI. Her argument cited the master-and-servant common law – she was a servant of Rail Link, which in turn was a servant of GWI. Her allegation was that GWI controlled or had the right to control her physical conduct. The company countered by claiming that it did not control day-to-day operations and that the plaintiff did not report to any person at GWI.

Appellate judges sided with the defendants. They did not believe that Rail Link was a common carrier and thus wasn’t liable, according to FELA, for the woman’s injuries. They further believed that an employee’s discipline would only be handled by Rail Link, so that GWI was not the employer – the allegation of GWI as a common carrier was accordingly not even considered. The appeals court affirmed the ruling in favor of the defendants.

Injuries at Coal Mine Result in Lawsuit -- Are Business and Parent Company Responsible? by Harrison Barnes
Tags: coal mine, common carrier, federal employers liability act (FELA), lawsuit, us court of appeals, work related injury
Tweet Like Plus Pin It Share