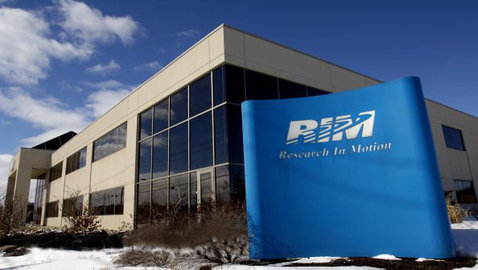 After Research In Motion Ltd. (RIM) let go over thousands of employees during the summer this year, the Ontario, Canada government stepped in to assist laid off employees, according to Toronto Globe and Mail reports. The provincial government set up an “action center” to help technology workers find new jobs, and worked with universities to provide spaces in entrepreneurship and business programs.

RIM is headquartered in Waterloo, Ontario.  The company is known as the manufacturer of the BlackBerry smartphone. It considers itself to be in the wireless innovation industry. The BlackBerry product line includes the BlackBerry® PlayBook™ tablet and software for businesses and accessories. The financially troubled company tried to save as much as $1 billion. It has lost market share to Apple, Inc.

Revenue for the company’s second quarter of fiscal 2013 was $2.9 billion. The revenue breakdown for the quarter was about 60% for hardware, 35% for service and 5% for software and other revenue. During the second quarter, the company shipped about 7.4 million BlackBerry smartphones and about 130,000 BlackBerry PlayBook tablets.

Revenue for RIM’s first quarter of fiscal 2013 was $2.8 billion. According to its earnings release, the revenue breakdown for the quarter was about 59% for hardware, 36% for service and 5% for software and other revenue. During the first quarter, the company shipped 7.8 million BlackBerry smartphones and about 260,000 BlackBerry PlayBook tablets.

BlackBerry 10 applications from Cisco, Halfbrick Studios, Foursquare, Sencha, Gameloft, Madfinger Games, and Funkoi have been disclosed.  The applications are feature rich and integrated with core functions of BlackBerry 10. Wikitude, a leader in augmented reality experiences, announced the availability of an augmented reality SDK for the BlackBerry® 10 platform in late summer this year.

The RIM jobs cuts were in customer service, human resources, marketing, and global repair services. The layoffs did not seem to affect any jobs connected to the BlackBerry 10 operating system. BlackBerry-branded retail stores in the United States were also shut down to save costs.

Click here to get various openings at RIM in various fields like customer service, human resources, marketing and global repair.

Click Here to get various openings at RIM in various fields like customer service, human resources, marketing, and global repair.

SAS Group to Make Sizable Job Cut
Let’s Get Social
Feel like getting in touch or staying up to date with our latest news and updates?
Related Posts
Latest In Work Relationships
BCG FEATURED JOB

Position Summary The Corporate Counsel, Securities plays an important role in the organization by...