Home  » Was Employee Fired for Complaining About No Extra Break Time for the Holidays? 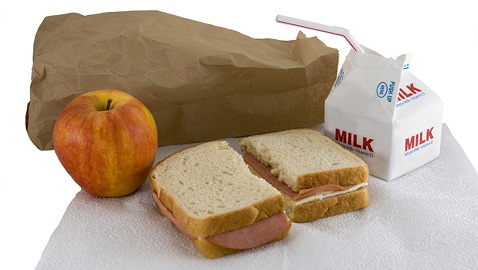 An employee fired for job performance and conduct brought legal action against his former bosses. He made numerous allegations, including discrimination and retaliation based on disability and age. The case made its way from state to federal court and ended with an appeal.

The man worked at Eaton Corporation, which manufactures hoses for varying industries. He was the eldest of the hourly workers at a facility in Arkansas. In September 2008, he was reproached for using the wrong stock in a machine. This was reportedly the fourth incident to require discussion, and despite a policy of termination following four occurrences, he received only a written warning. A production manager later raised concerns over the fact that the employee was often away from his machine.

At a January 2009 meeting, workers were asked for ways to improve production or the workplace. The man questioned whether or not employees would be receiving gift cards and an extra half-hour at lunch for the holidays, a practice the company had stopped in 2008. He allegedly followed this with a snide remark which resulted in another written warning for disruptive conduct. Shortly thereafter he was placed on a performance improvement plan for again using incorrect stock and was told that further remedial action would result in his firing.

By the spring, the man had a new supervisor who didn’t know of his disciplinary history. After the man twice left his work station in one day without letting anyone else know, the supervisor gave him a written warning. The man informed him that he’d received previous warnings and the latest one might lead to his termination. Sure enough, management and an HR rep discussed the worker’s situation and decided to fire him.

The man filed a lawsuit in Arkansas state court, alleging age and disability discrimination, harassment and retaliation. Eaton removed the case to a federal court, where the plaintiff abandoned all of his claims except retaliation under the Employee Retirement Income Security Act (ERISA), the Fair Labor Standards Act (FLSA) and the Arkansas Civil Rights Act (ACRA). The district court did not see a solid case and ruled in favor of the company, declining to make a ruling on the ACRA state claim and dismissing it without prejudice.

The plaintiff’s ERISA retaliation claim was based on an alleged incident at the January 2009 meeting, where he said that he had raised concerns over Eaton’s 401(k) policy. The company, however, said that the 401(k) plan changes weren’t announced until February, so no complaints could have been made back in January. The complaint of no extra break time for the holidays would “affect overtime,” the plaintiff asserted. But judges noted that lunch breaks are not work time and eliminating the surplus half-hour would have no effect on overtime.

As he was unable to show that he’d engaged in protected activity under either ERISA or FLSA – and couldn’t demonstrate a link between the alleged activity and his termination – the appeals court affirmed the district court’s decision to dismiss the claims. The plaintiff also argued that the district should have ruled on the ACRA claim, but since he had not cross-appealed, judges did not consider this argument.

Back-to-School Brings Unnecessary Stress for Working Parents
Let’s Get Social
Feel like getting in touch or staying up to date with our latest news and updates?
Related Posts
Latest In Work Relationships