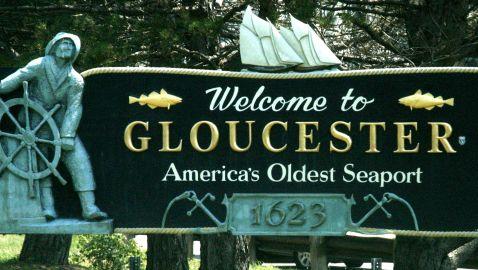 Massachusetts’s Department of Labor and Workforce Development recent statistics show that Gloucester’s economy job output is on the rise.  The same data indicates the bounce back is establishing mostly low-pay positions from the increases, according to the Gloucester Times.

The figures from there and the North Shore Workforce Investment Board display that the economy has jumped to heights where it was five years ago.  After that, Gloucester disposed of high-pay manufacturing positions and replaced it with retail and food services.

Pay and jobs are on the rise compared to years past, but Gloucester’s unemployment figure hit 6.5 percent in September.  The rate rose from August’s 6.1 but is still a decrease when compared to September 2011.  The Chamber of Commerce deems the increase to a reduction in seasonal jobs.

Five years ago, manufacturing companies engaged most of Gloucester’s workers.

Back then, nearly 2,800 people were employed by manufacturing companies.  Last year however, that number fell to 2,350.

During that same time, retail roles have expanded by nearly 30 percent.  1,592 people were employed by retail stores last year.  Accommodations and food services soared by 20 percent since 2007.

“We’ve almost reached the 2007 (employment) levels,” said Peter Webber, senior vice president at the Cape Ann Chamber of Commerce, “but within that, the numbers have shifted. There’s been a shift from manufacturing into retail and accommodations, or broadly defined, the tourism sector.”

Local manufacturing jobs have expanded by 10 percent thanks in part to the largest companies, the Varian Semiconductor Division of Applied Materials and Gloucester Engineering scoring big contracts.

Out of Gloucester’s largest industries, manufacturing roles pay the most of any.  Workers in those companies make $3,513 per week last year.  That figure has risen from $1,700 four years ago which represents a 64 percent increase.

The average for retail employees was marked at $490 a week last year, a number that fell from $548 five years ago, which indicates an 11 percent drop.

Accommodation and food services dropped from $332 a week five years ago to $327 last year.

Gloucester’s fishing industry displayed a down trend in monthly employment, dropping from 151 in 2007 to 133 last year.  On the contrary, wages soared from $884 to $1,189 over the last several years.

Overall, average pay in Gloucester has boosted from $996 to $1,189 over the last five years.

The Department of Workforce and Labor Development says the five best attainable occupations are cashiers, waiters and waitresses, salespeople, nurses and food prep workers.  Outside of nurses, none of the aforementioned positions showed a salary over $23,000.