Home  » Multiple Careers in a Lifetime 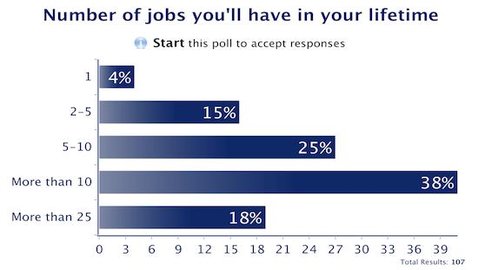 Emerson Stafford at Emerson’s Bar Review in San Francisco, CA shows that a person can have multiple careers in a lifetime. When Stafford graduated from college, he served in the U.S. Air Force during a significant part of the cold war.

During the cold war, Stafford taught electronics and nuclear physics to airmen. The U.S. was flying aircraft along the Russian Borders collecting air samples to determine when and if the Russians had exploded a test nuclear weapon. By sampling the upper atmosphere and analyzing the radioactive materials found there, the U.S. was seeking to determine the type of nuclear weapon exploded, size, and many other characteristics of the device.

After the U.S. Air Force, Stafford worked as a mathematician for five years at Hughes Aircraft Co. This work involved solving equations, numerical or otherwise, which were the product of engineering analysis of dish antennas, vibration of skin of rockets, and statistical analysis of telemetered flight data. Stafford had received only a bachelor’s degree in mathematics, but had considerable graduate training and taught a university course in numerical analysis.

After working at Hughes Aircraft, Stafford went on to law school. His experience in taking the bar was uneventful. He studied hard and passed.  He had the confidence of a first time taker.

When Stafford became admitted to the California State Bar, he opened a law office to practice as a solo practitioner when the lessor of his office space let him know that she had taken the bar exam seven times and failed.  Just for fun, he tutored her at the office after hours, and she passed on the eighth try.  He then tutored other students for free, and they also passed.  Stafford gradually closed his law office and shifted to tutoring people to pass the California bar exam full time, for pay.

Stafford saw a way to address students who had taken the bar exam multiple times and had not passed.  He had students who had taken the bar 14 times, 11 times, 8 times, all of whom passed after his tutoring. What makes Stafford’s tutoring special is that it is done at his home. He gives a place for students to study during the day. In the evenings, he held subject lectures, which later he transferred to videos. By being available to his students on the same site, he made learning much more efficient.

Stafford earned a reputation for outstanding bar pass results.  At one point, he helped passed 72% of his enrollments when all of his students were repeat applicants, whose general pass rate was about 30% at that time.

Stafford plans to enjoy guitar and blues as his next career.

November Posts Another Strong Job Report
Let’s Get Social
Feel like getting in touch or staying up to date with our latest news and updates?
Related Posts
Latest In Work Relationships
BCG FEATURED JOB