Home  » Advertising Agreement Reached by Douglas County Board of Education 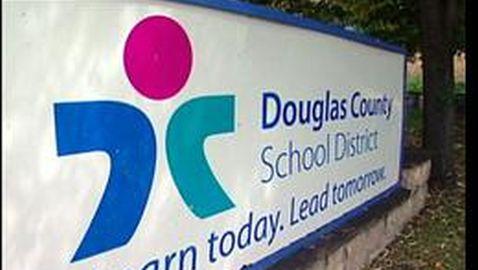 Thanks to a $775 million fall in the tax digest over recent school years, other ways of creating revenue are in dire need.  Also contributing to that fall is over $67.8 million in economic cutbacks over the last nine years.  Education Funding Partners was established two years ago.  They will be an intermediary between the district and Fortune 500 organizations that may want to place advertising or sponsor at schools in the area.

Some data states that Education Funding Partners can elevate revenue in a district between $10 and $20 a student during a school year.  In other words, the 25,000 students that go to Douglas County School Systems help total $489,960 a year.

Back in February, the Board of Education claimed that extra efforts should be taken to ensure the relationship was in the best plans for the school system.  They posed this question to Douglas County School Systems Superintendent Dr. Gordon Pritz, who checked in with several stakeholders.

Principals, teacher groups as well as the Community Advisory counsel believed in the plan and urged the superintendent to highly consider it.  The Board of Education got wind of their talks in May, requesting Pritz to contact legal counsel.  That movement has concluded and the partnership is now official.

Education Funding Partners’ work is widespread.  They are involved with things like sponsoring automotive programs, scholarships as well as events like a back-to-school night.

The contract between EFP and Douglas County School systems entails sponsorships, ads and naming placements for the district including its educational buildings, athletic facilities and other buildings, teams, jerseys, events, print publications, internet presence and various activities at the school and in the district.  To stay out of the way of pre-existing partnerships in the community, EFP will only work with properties that are valued at $5,000 or more a year.

Douglas County will compensate EFP a one-time activation tax of five percent of the sum amount of the first year’s totals due in addition to a 20 percent commission that will follow.

Also as part of the agreement, the Board of Education passed new Manchester High School’s fine arts magnet program.  It had recently been introduced at a past meeting.