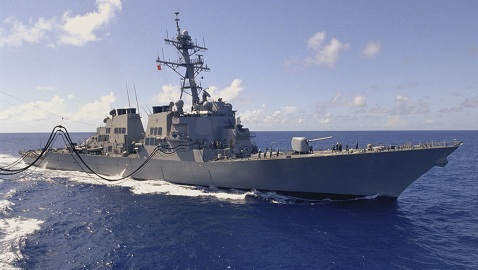 A former employee of the U.S. Navy filed a lawsuit alleging discrimination based on his race, gender and national origin. His argument in court became a matter of disproving the Navy’s proffered reason for transferring him to another position and subsequently firing him.

The man claimed that his supervisor had illegally transferred him to work as a Tools and Parts Attendant, which is considered a lower position, and fired him at the end of his term position. He further accused a supervisor of slandering his name and reputation during an interview for upward mobility. The plaintiff, who is an Asian-Pacific Islander, believed that he was treated less favorably than employees of other races. He alleged that his supervisors made remarks which were insulting, demeaning or ethnically offensive. As to the charge of gender discrimination, he claimed that a female employee was “not too fond of men in general” – an assertion based on the fact that she was a lesbian.

The district recognized that the man had established a prima facie case – one which could proceed to trial. But it was also the plaintiff’s obligation to show that the reason for the adverse employment action was not legitimate. In this, he failed. His own testimony, along with evidence from co-workers, showed that he had personal conflict with two supervisors – the one who transferred him and the aforementioned female. This would have been a motivating factor for his transfer. The supervisors’ behavior may have been deemed inappropriate, but it didn’t prove that he was transferred because of discrimination.

Furthermore, the plaintiff noted a female employee transferred at around the same time as he, surmising that she was moved due to complaints to supervisors. His statements made to the EEOC (Equal Employment Opportunity Commission) also suggested that he’d been transferred for complaints made to supervisors. This didn’t prove discrimination as the motive for the reassignment. On appeal, he tried to argue discrimination and retaliation as the reasons he was not hired for jobs to which he had applied. But he had not addressed this in district court, so appellate judges disregarded it.

The appeals court also heard an argument that the plaintiff had been prejudiced by the Navy’s reputed delay in responding to his original complaint. But he’d waited over two years to bring the matter to the district court’s attention. He also claimed prejudice with the Navy’s response to his amended complaint because the first name of the defendant – in this case, the Secretary of the Navy – was incorrect. But the plaintiff himself had initially made the same mistake when he filed his complaint.

Appellate judges believed that the district court had erred in concluding that it lacked jurisdiction because the plaintiff had failed to exhaust administrative remedies – the EEOC had only investigated discrimination with regard to the transfer. But they accepted the district court’s dismissal under an alternate theory, deciding that the plaintiff had failed to state a claim for relief. The end result was essentially the same – dismissal of all claims for not showing exhaustion of administrative remedies. The district court’s ruling in favor of the defendant was consequently affirmed.

Former Navy Employee Alleges That Transfer and Termination Were Due to Race and Gender by Harrison Barnes
Tags: discrimination, employment termination, lawsuit, national origin, racial discrimination, us court of appeals
Tweet Like Plus Pin It Share