Home  » Does Man Hired to Repair Ships and Vessels Legally Qualify as a Seaman? 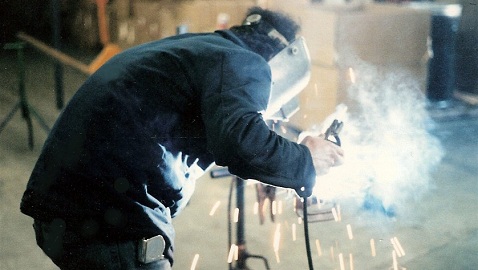 A man working for a company handling ship repair resigned from his position after suffering injuries on the job. He filed a complaint against the company under maritime law and the Jones Act, both of which would require that he qualify as a seaman – and that’s the very thing the defendants claimed he was not.

The man was hired by American Marine & Salvage, LLC, in Mobile, AL in January 2010. He took care of office work, maintenance work such as mowing the office lawn and diving, welding and vessel repair. In March, he claimed that he’d injured his elbow while being helped onto a dive boat – following a dive – because there was no ladder. He recorded a back injury two months later, which had occurred from holding a 20-foot I-beam for the company owner. He hurt his back again the next day and turned in his resignation in mid-May.

His resultant suit made a claim of unseaworthiness and maintenance and cure under maritime law – maintenance is daily living expenses, cure is medical costs – and negligence under the Jones Act for the injuries he’d sustained while employed by American Marine. The company countered by making a motion for summary judgment, asserting that the former worker didn’t qualify as a seaman. The district court concurred and granted American Marine’s motion.

The man kept a diary, recording daily tasks, mileage and hours during the four-and-a-half months that he worked for the company. His total number of hours logged was 768.5 hours, and of those, 159 hours were spent repairing the work barge owned by American Marine. He also recorded 35.5 hours on a dive boat and 34.5 work-barge repairs performed while the ship was docked.

The company argued that the 159 hours on the work barge were not repairs handled at sea but with the ship ashore and its bottom resting on land. That left 70 hours of repairs for the ships on water, which was less than ten percent of his total hours. Qualified seamen usually spend at least 30 percent servicing a vessel in navigation, so that both the district and appeals courts deemed the plaintiff’s 9.1 percent less than “substantial.” The man’s diary also showed that he traveled by land to the office or to a customer’s boat or dock.

The plaintiff argued that, in contrast to the company’s assertion in court, making repairs on the work barge exposed him to the dangers of the sea. He compared his situation to a crane operator who worked aboard a derrick barge in the Mississippi River, but it was established in court that he handled most repairs on land. He also likened his position to that of a commercial diver, but the diver performed over 95 percent of his work at sea and, like any other crew member, worked, ate and slept on board.

To support his claims under maritime law and the Jones Act, the plaintiff would have to qualify as a seaman. As he was unable to do this, federal and appellate judges dismissed his complaint and ruled in favor of American Marine.

Does Man Hired to Repair Ships and Vessels Legally Qualify as a Seaman? by Harrison Barnes
Tags: jones act, lawsuit, maintenance and cure, maritime law, resignation, us court of appeals, work related injury
Tweet Like Plus Pin It Share

Junior Land Use Attorney with experience

Los Angeles office is seeking a junior land use associate with 1-6 years of expe...

TAX AND BENEFITS ATTORNEY Are you an experienced attorney looking for a new opportunity in the world...