Home  » Gamesa Makes Another Round of Job Cuts 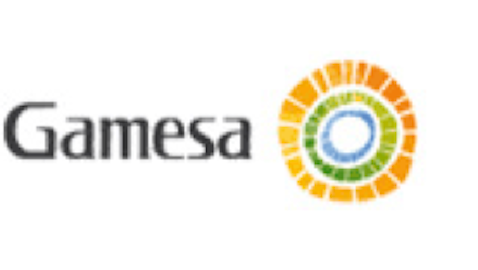 Gamesa is a name that most of you may not know much about when all is said and done. For those of you who are not quite sure here is a look at how the company has chosen to describe itself, “With more than 18 years’ experience, Gamesa is a global technological leader in the wind industry. Its comprehensive response includes the design, manufacturing, installation and maintenance of wind turbines, with more than 24,000 MW installed and 16,300 MW under maintenance. Gamesa is also a world leader in the development, construction and sale of wind farms, having installed over 5,000 MW and having a portfolio of 24,000 MW in Europe, America and Asia. It also maintains a strong commitment to the offshore wind energy segment, through technological and industrial development, which will evolve in the next few years parallel to the market’s needs. Gamesa has about 30 production centres throughout Europe, the United States, China, India and Brazil, and more than 8,000 employees world wide.”

Sadly the company is getting ready to cut back on about 92 workers. The jobs are being cut from the company’s facility in Cambria Township, which makes the layoffs enough to qualify as a mass layoff action under the current federal guidelines. For those of you who are not familiar with the idea of a mass layoff action here is a look at how the company chooses to describe itself, “The Mass Layoff Statistics (MLS) program collects reports on mass layoff actions that result in workers being separated from their jobs. Monthly mass layoff numbers are from establishments which have at least 50 initial claims for unemployment insurance (UI) filed against them during a 5-week period. Extended mass layoff numbers (issued quarterly) are from a subset of such establishments—where private sector nonfarm employers indicate that 50 or more workers were separated from their jobs for at least 31 days.” The only good news, if the company does manage to trigger a mass layoff action, is that they will have to give the workers several weeks of notice about the job cuts to come. That will give workers the much-needed time to start putting in job applications and begin their job search.

Interestingly enough the company has resorted to layoffs in the recent past. For those of you who missed out on our coverage of earlier cuts made by the company this summer here is an excerpt that will get you up to speed in no time at all, “The company is getting ready to get rid of about 73 workers, and while that is not enough to even constitute one percent of the overall workers that the company employs it is still enough to qualify as a mass layoff action under the current federal guidelines.”

For now the company has not said anything about the terms of the layoffs at this point. There is no word about what kind of a severance package the company is going to offer the workers who are soon to be displaced.

Update: Today the market rate of wind industry jobs are on a topnotch positions. Visit here to know about current openings.

Assistant Legal Counsel Responsibilities: Negotiating and drafting a range of commercial and techno...