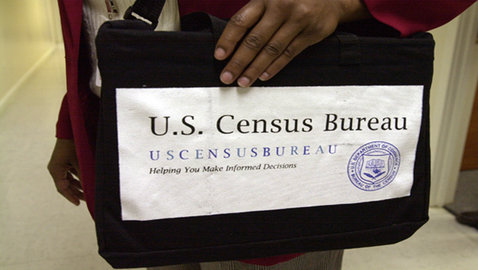 A new census report that also accommodates medical costs and work-related expenses has come with the alarming statistic that America’s poor are touching 50 million –  it says that last year the number of poor in America touched an apex of 49.7 percent.

The census has adopted a new measure that is more precise and provides a more comprehensive and accurate picture of poverty that the government feels would be a more appropriate yardstick to evaluate safety-net programs that take into account living expenses and taxpayer-provided benefits that are otherwise omitted.

The new method revealed that there were more poor people now than there were in 2010. 49 million were living below the poverty line then and this number has been exceeded by 0.7 percent.

The improved economy has seen people getting jobs but they are low paying ones and hardly sufficient to meet their day-to-day expenses. Another reason why there were more poor people than ever before was the rising cost of medical expenses and escalating living costs.

State wise the census shows that California, with its high housing costs tops the list; add to that its high proportion of immigrants and lack of tax cuts and few food stamp programs to bail out low-income families. California is followed by Arizona, Florida and Georgia. In the early system, the rural states, like Mississippi, New Mexico, Arizona and Louisiana topped the poverty list.

Timothy Smeeding, a University of Wisconsin-Madison economist said that the recovery is moving along at snail’s pace and low-paying jobs are adding to the woes. He said that California was struggling more than the others, as its laws made it harder to “qualify for food stamps and other benefits.”

The worst affected were the older generation, people 65 and above. They formed 15.1 percent of the poor people. Ironically the official formula for census taking had pegged their number at 8.7 percent, a little more than half of what the number really is.

People in the 18-64 age groups also saw their poverty levels increase from 13.7 percent to 15.5 percent, primarily because of commuting and child care costs.

However, it was not all increase and the new evaluation system showed that poverty among children had declined by almost 4 percent. Latinos and Asians also reflected an increased rate of poverty. The former was pegged at 28 percent and the latter a slightly better 16.9 percent. The official formula had them at 25.4 percent and 12.3 percent respectively.

Economists say that the official poverty rate is fifty-years old and is desperately calling for a change as it is hopelessly antiquated and rendered obsolete and inaccurate. It still assumes that the average US family spends one-third of its earnings on food, when one-seventh would be a more correct estimate.

The new system was developed, in part due to the criticism the earlier one received. The current one is based on recommendations made by the National Academy of Sciences.

The report says that had it not been for the anti-poverty programs of the government that percentage of poor would be much higher than the 49.7 percent that the current survey shows.

Until the government knows exactly how many poor are there and how much aid they will need or what the cost of living is in their area, it is difficult for them to assess how much federal money to release. The aim is to help the government to better judge the efficiency of anti-poverty programs and base their programs on the findings.