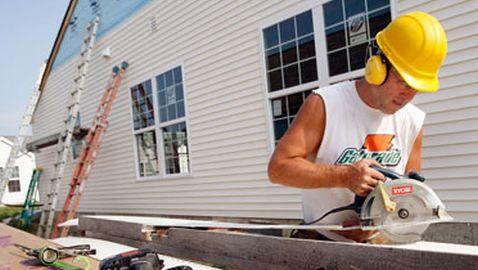 Craigslist is a website that allows people to sell any conceivable good.  It is also a place for contractors to attract potential clients.  It happens from time to time, however, that contractors claim to be something they are not, displaying false advertisements, according to Government Technology.

In the last twelve months, the California Contractors State License Board, along with the National Association of State Contractors Licensing Agencies, has published several customer notifications telling them there is considerable uncertainty in hiring a contractor from Craigslist, that it may be someone who claims to be a licensed professional and is not.

In California, contractors are legally obligated to put their license number in every single advertisement, whether it’s on radio, TV, Internet or newspaper.  Those without licenses can only advertise to handle gigs that will pay less than $500 and must disclose that they are unlicensed.

The CSLB say they check Craigslist and other pages, to see if there are any people who are not practicing legal contractor conduct.  Craigslist is the number one place to track down violators and seek them out in covert sting operations.

“A lot of time in our undercover operations we pose as homeowners,” CSLB Spokesman Rick Lopes said. “As a homeowner, you would look on Craigslist or you’d look on different places to find a contractor, and then you’d call them up and get a bid.”

The CSLB stated in June that operations done in eight cities in California have resulted in 100 suspect arrests.  75 of those 100 were tracked down via Craigslist ads.

Craigslist tells its users that those that want to post contractor ads must define if they are licensed or unlicensed on the “Skilled Trade Services” section of the site.  That same section allows users to double check if contractors are licensed in a particular state.

Lopes states that users have found an escape route in the Craigslist system.  By leaving the spot for a contracting license number blank or by making up a fake license number, users can pass their page as valid.

The CSLB has pushed Craigslist to tighten up their ad policies, but Craigslist has not reached out to the CSLB.

Lopes says other states have had the same issues with bogus advertisements for contracts without licenses.