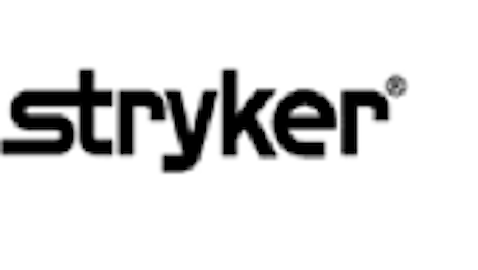 Stryker is a name that many of you may not be that familiar with, unless you spend a lot of time thinking about the technology that helps to keep people alive. So fore those of you who are less then familiar with the company here is a look at how the company has chosen to describe itself, “Stryker is one of the world’s leading medical technology companies and is dedicated to helping healthcare professionals perform their jobs more efficiently while enhancing patient care. The Company offers a diverse array of innovative medical technologies, including reconstructive, medical and surgical, and neurotechnology and spine products to help people lead more active and more satisfying lives.”

Sadly the company is getting ready to make cuts to its staff. The cuts, which are slated to be about five percent of the overall workers at the company, are likely to impact about  1,170 workers when all is said and done, though for the time being the company has not said a lot about the locations of time table of the cuts. Job cuts of this size are enough that they may trigger one, or more, mass layoff actions under the current federal guidelines.

For those of you who are not familiar with the idea of a mass layoff action here is a look at how the company chooses to describe itself, “The Mass Layoff Statistics (MLS) program collects reports on mass layoff actions that result in workers being separated from their jobs. Monthly mass layoff numbers are from establishments which have at least 50 initial claims for unemployment insurance (UI) filed against them during a 5-week period. Extended mass layoff numbers (issued quarterly) are from a subset of such establishments—where private sector nonfarm employers indicate that 50 or more workers were separated from their jobs for at least 31 days.”

Interestingly enough the company recently made an acquisition of a competing company that was designed to help enhance its strategic position. In a recent release the company talked about the changes that are being made to the company with the addition of its newest acquisition to the portfolio, “Stryker Corporation (NYSE:SYK) announced today the closing of its previously announced acquisition of privately-held Surpass Medical, Ltd. (Surpass). Surpass is developing and commercializing the NeuroEndoGraft family of next-generation flow diversion stent technology to treat brain aneurysms using a unique mesh design and delivery system. “With the acquisition of Surpass Medical we are continuing to expand our global product portfolio in the fast growing and highly innovative neurovascular market by offering patients and caregivers differentiated products focused on Complete Stroke Care,” said Kevin A. Lobo, President and Chief Executive Officer. As indicated in the October 16, 2012 press release, the transaction is expected to be neutral to Stryker’s 2012 earnings per share excluding acquisition and integration-related charges.”

For now the company has not said much about the timing of the layoffs, so workers will have to wait and see who will be left without a job when all is said and done.

Update: This is company is hiring, check latest openings in Stryker now.

Kodak to Cut Even More Jobs
Let’s Get Social
Feel like getting in touch or staying up to date with our latest news and updates?
Related Posts
Latest In Work Relationships