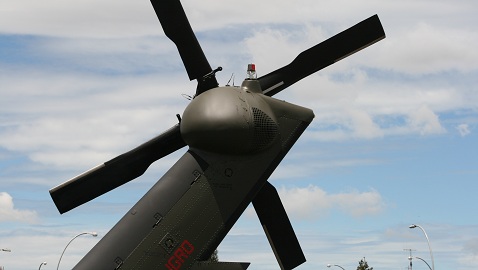 A woman’s lawsuit alleged sex discrimination and a hostile work environment at two different working locations. The district court dismissed her case before it could make it to trial, so she took her arguments to an appeals court.

The woman was employed by Sikorsky Support Services, Inc., which manufactures and services helicopters for the U.S. Navy. She sought legal action based on a series of events which allegedly occurred while on temporary assignment in Las Cruces, NM, and at the Naval Air Station in Corpus Christi, TX. She claimed the following instances: her supervisor made an inappropriate sexual comment to her; harassment from her supervisor; the shift-scheduling system denied her seniority-based preference with regard to shifts; she was refused access to passwords; she was disciplined with a written report while a male employee received no discipline; and she was required to undergo lifting lessons following an injury while such training was not required of her male co-workers.

She stated that the shift scheduling, written reprimand and the refusal of passwords supported a claim for gender discrimination, and all six occurrences supported her claim of a hostile work environment. The district court, however, did not find merit in any of her claims and rendered its judgment in favor of the company.

Reviewing each issue for both charges, appellate judges first noted that, to show that the shift scheduling was discriminatory, the woman needed to show an “adverse employment action.” But she was given her first choice on her shift-requests documents, and her salary, duties, benefits and job status were all unaffected. Similarly, not having access to certain passwords did not affect the woman’s compensation, duties or position at Sikorsky. Judges could also see no direct consequences of her reprimand, which remained in her personnel for only a year. The appeals court ruled that federal judges had correctly dismissed the gender discrimination claim.

Regarding the hostile work environment allegation, the plaintiff cited one comment of a sexual nature, but she couldn’t recall the statement’s content in court. Since the plaintiff was given the shift she’d noted as a preference, judges saw no favoritism towards male employees. The plaintiff also admitted that she’d never requested passwords for which she didn’t have access and had not asked why other employees had them. Concerning an open managerial position for which she claimed to have received no notice, the plaintiff conceded that she wasn’t qualified for the position and had earlier declined a managerial position.

The woman asserted that, while she’d received a written reprimand, a male co-worker had made a more serious error and had not been reprimanded. But the male had received an oral reprimand, and it was for a single incident, whereas the plaintiff’s reprimand was due to a series of previous errors. With regard to her required safety training, she hadn’t shown that a similarly-situated male employee had been given preferential treatment – she’d been injured lifting boxes, and the co-worker she’d cited was injured by a door and propellers under the watch of a different safety manager.

Seeing no interference with her work and nothing serious enough to constitute an abusive or hostile work environment, the appeals court affirmed that district court’s decision favoring Sikorsky.