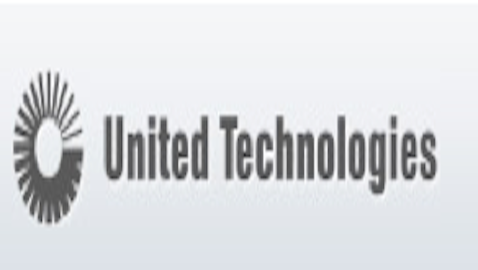 United Technologies is a name that many of you may not that familiar with, unless you spend a lot of time thinking about where the technology that makes a great deal of modern comforts and exploration possible. So before we talk about the job cuts to come lets begin by taking a look at how the company has chosen to describe itself, “United Technologies (UTC) is a diversified company that provides a broad range of high-technology products and services to the global aerospace and building systems industries. Our commercial businesses are Otis elevators and escalators and UTC Climate, Controls & Security, a leading provider of heating, ventilation, air conditioning, fire and security systems, building automation and controls. Our aerospace businesses are Sikorsky aircraft and the new UTC Propulsion & Aerospace Systems, which includes Pratt & Whitney aircraft engines and UTC Aerospace Systems aerospace products. The company also operates a central research organization that pursues technologies for improving the performance, energy efficiency and cost of UTC products and processes.”

The company is laying off about 500 workers, worldwide, and some of those layoffs look to be coming to the USA. The job cuts, which have not been outlined by the company in too much detail at this time, may trigger a mass layoff action if the company manages to meet its qualifications. For those of you who are not familiar with the idea of a mass layoff action here is a look at how the company chooses to describe itself, “The Mass Layoff Statistics (MLS) program collects reports on mass layoff actions that result in workers being separated from their jobs. Monthly mass layoff numbers are from establishments which have at least 50 initial claims for unemployment insurance (UI) filed against them during a 5-week period. Extended mass layoff numbers (issued quarterly) are from a subset of such establishments—where private sector nonfarm employers indicate that 50 or more workers were separated from their jobs for at least 31 days.” The only good news would be that if the company manages to trigger a mass layoff action the workers would have to be given several weeks of notification before they are put out of a job.

Interestingly enough the company in a recent release chose to highlight the expansion of the company instead of talking about the job cuts that they are making, “United Technologies Corp. (NYSE:UTX) today announced that its Pratt & Whitney unit will expand manufacturing capabilities at the company’s West Palm Beach facility. The formal announcement was made by UTC Chairman & Chief Executive Officer Louis Chênevert and Florida Gov. Rick Scott during a press conference today at the West Palm Beach facility, which is shared by both Pratt & Whitney and Sikorsky Aircraft Corp., another United Technologies company. Pratt & Whitney plans to invest more than $63 million to construct and equip a new building and make improvements to existing space at the facility. Construction is expected to begin in the first half of 2013. Overall, the expansion is expected to result in creation of 230 new jobs. To support this expansion, Pratt & Whitney will receive incentives from both the State of Florida and Palm Beach County valued at approximately $4.4 million.”

Hostess to Close, Layoff All Workers
Let’s Get Social
Feel like getting in touch or staying up to date with our latest news and updates?
Related Posts
Latest In Work Relationships
BCG FEATURED JOB

We are an innovative, intent-driven company that believes in building the future and we are looking ...