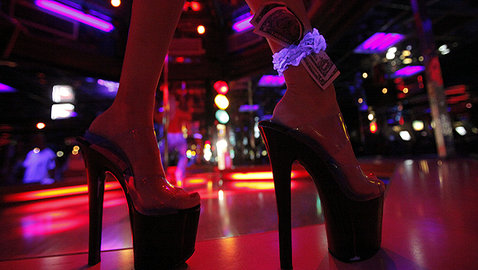 The suit was initiated by two women dancers of the club, Christeen Rivera and Tracy Dawn Trauth. In their suit they had claimed that they were incorrectly treated as independent contractors and not as employees entitled to benefits. They said that they should be paid back the benefits denied to them, which included wages, tips, attorney fees and damages.

The suit alleged that most of their yearly earnings of $500,000 in tips, for lap and table dances, went to the club under various pretexts primarily stage-rent. The dancer said that they were even levied penalties if they did not entice enough men to buy drinks during a shift.

The suit added teeth when Rivera and Trauth were joined by 12 other dancers of the club, who consented to their names being used as class representatives in the lawsuit. For their support and the time they spent on the case, these 12 dancers will be rewarded with an “incentive award” between $1000 and $15,000 each. The remainder of the settlement money will be shared by all the affected dancers across six states, in Nevada, California, Kentucky, Idaho, Texas and Florida.

Not only will the sued clubs have to cough out a lot of money, they have also had to agree that within 6 months dancers will no longer be treated as independent contractors but as “employees, shareholders, partners or some type of owner.” Moreover, they would not be allowed to charge the dancers stage fees, where most of their earnings went.

Strippers have to bear the ‘whore-stigma’ that all such workers face and the price of speaking could mean exposing themselves to friends and family. It could also mean being ostracized from the business and getting another job, with the social stigma attached to their job is virtually impossible. It says a lot for these feisty women, who are met with skepticism and retribution whenever they take a stand, and smirking retorts undisguised scorn even when they win, to take up the mighty and win such an unprecedented amount in settlement.

Even though Spearmint Rhino is a big brand, with thousands of dancers working in 20 of their locations across the world, this decision is going to echo far and wide. The strippers fight for the same rights as any other worker in any other profession and winning the rights to be on equal platform; will certainly entail many changes in the business. A stripper said there’s no way this will not have an effect.

She said that no more can employers exploit them by telling them they were independent workers and hence not entitled to worker’s compensation, unemployment, and health insurance. Even though they are told they are independent most employers have a stranglehold over them, imposing restrictive rules and enforcing them to work without breaks.

Shannon Liss-Riordan an attorney who is an expert in such cases called it a great result and said that not only would it put the hard-earned money of the dancers in their pockets, it would also serve as a lesson to club-owners that it does not pay to misclassify dancers as independent contractors – the settlement money mentioned in the lawsuit will prove an effective deterrent, she felt.

She said that it required lots of guts and courage for women, especially in the strip club industry, to step forward and challenge the system. She said that “it’s a real tribute to women who are able to battle it out and fight for their rights.”

10 Steps to Properly Fire an Employee
Let’s Get Social
Feel like getting in touch or staying up to date with our latest news and updates?
Related Posts
Latest In Work Relationships