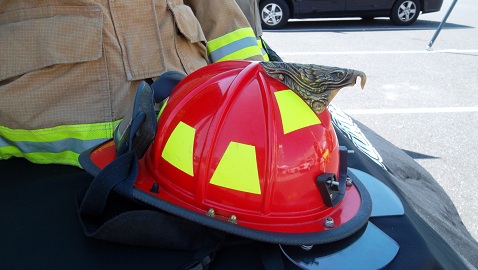 A firefighter for the Key Largo Volunteer Fire Department in Florida sued, claiming that he was not being paid minimum wage or overtime. The question in court became one of employment status – or lack thereof.

The man began worked as a volunteer fireman in October 2006. Near the end of 2010, he brought legal action against the Department and the Key Largo Fire and Rescue Emergency Services District, claiming that he was not a volunteer, but a paid employee. Not being paid minimum wage or overtime, he alleged, was a violation of the Fair Labor Standards Act (FLSA).

After filing the lawsuit, the man wanted to continue working as a firefighter, but the Department refused. He was sent a letter in March 2011 from the Department, which stated that his suit refuted his volunteer status. He would not be allowed to continue working for the Department unless he signed a declaration which stipulated that he would volunteer his services “without expectation of compensation.”
The man then amended his complaint to add a claim of retaliation. He also added the District as a defendant under a “joint employment theory.”

To substantiate his claim with the defendants as joint employers, the plaintiff would have to show a joint-employer relationship. Appellate judges noted firstly the distinction of pay between volunteers and employees – $5.00/hour for volunteers and around $16-20/hour for employees. The plaintiff earned only $5.00 an hour, and the most he was allowed as payment per month was $1,200, regardless of how many hours he spent at the fire station or the number of emergency calls he handled.

Both the district and appeals courts agreed that all of these points showed that the plaintiff was a volunteer and was not an employee of either the Department or the District. With no employer relationship, the FLSA claim failed. And because the retaliation claim was based on an adverse action from an employer, it likewise could not be supported. The district court’s dismissal of the man’s second amended complaint was accordingly affirmed.

Courts Decide if Firefighter Should be Paid as a Volunteer or as an Employee by Harrison Barnes
Tags: employment, fair labor standards act (FLSA), firefighters, lawsuit, minimum wages, overtime, us court of appeals
Tweet Like Plus Pin It Share