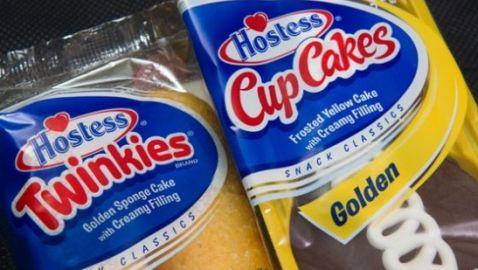 Hostess brands publicized a movement to salvage 18,000 worker positions but it did not work out.  The company will now proceed with its firings, as per information on the company web page, according to NorthJersey.com.

The Wayne, NJ division of Hostess were closed after their rescue attempt came crashing down.  Approximately 400 employees are now without jobs, in addition to nearly 18,000 employees across the United States.

The Wayne division is on Demarest Drive.  They elected to begin an arbitration process with the Bakery, Confectionary, Tobacco and Grain Millers Union to solve a labor issue but the concerns could not be fixed.

The company may not completely evaporate for a few months but there are quite a few potential buyers who are interested in their assets, including one company located in Mexico.  With the company on the way out, 33 bakeries, 565 distribution centers, nearly 5,500 delivery routes and 570 bakery outlet stores are out of commission.

Hostess is the main umbrella over many popular sub brands and foods like Drakes and Dolly Madison, while treats such as Twinkies, CupCakes, Ding Dongs, Ho Ho’s, Sno Balls and Donettes are all up for purchase.  Wonder Bread, Nature’s Pride, Merita, Home Pride, Butternut and Beefsteak are also part of the deal in this sales process.

On Hostess’s website, prospective buyers are asked to contact Perella Weinberg for inquiries regarding brands and FTI Consulting for asset inquiries.  Both parties can be reached at hostess@pwpartners.com and hostess@fticonsulting.com, respectively.

For workers without jobs, relevant details can also be found on the Hostess web page.  The majority of workers are up for unemployment benefits.

The company’s website states that they requested the court to still compensate workers who are needed as part of the closing down process.

Calls placed to the Wayne building are re-routed to a security desk where voicemails must be left.  The building has been shut down since November 16, while a few workers are still in the building preparing for a complete shutdown.

“Everybody is really sad. Most of them have been here for so long. They were a big family always going to each other’s houses to visit. And a lot were here since they were teenagers now looking forward to retirement,” an employee said.  “Of course, with Christmas and everything coming now, this is really rough. They’re just not thinking of the people.  Unions used to be feared back in the day… but not so much now.”

Upwards of 40 delivery trucks rest outside the building with the union logo design, “Teamsters Local 701 Bakery”, on each door.

Top 10 Tips for How to Cope Financially After a Layoff
Let’s Get Social
Feel like getting in touch or staying up to date with our latest news and updates?
Related Posts
Latest In Work Relationships