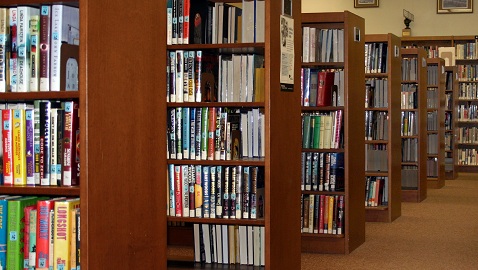 Monthly, educators gather across the Nashua School District and conference in small clusters to chat about achievements and challenges, classroom management and tips for other teachers, according to the Nashua Telegraph.

The clusters are called cohort supports, which began in the district over 10 years ago.

Nashua was the initial city in New Hampshire to create such a program.  Since then, district leaders claim that it helped keep teachers over the last decade.  Raising teacher awareness in cohort supports has propelled them to enjoy their job, strengthen their grasp on their career and most importantly, teach students even better.

Teacher retention numbers have ballooned over 40 percent since the 2002-03 school year, right after the district appointed a full-time peer coach.

That 92.6 is high due to the unlikelihood that teachers would leave the school having only been hired less than twelve months ago.

76.6 percent of those hired in the 2005-06 school year are still with the Nashua school district.  In comparison, half of the crew that was hired for the 2004-05 school year has left.

Educator retention rates have not dipped below 71 percent since the cohort program was inaugurated.  The numbers skyrocketed to 94.7 percent in 2010-11; a year after the cohort support group was developed further.  Before the development, the figure stood at 84.5 percent.

Teacher retention has become a concern across the country over the last few years.

Pay may have swung those figures.  Approximately 93 percent of those earning under $40,000 for 2008-09 taught the next school year.  For educators recording more than $40,000, 96 percent stayed the following year.

This past summer, the district needed to only fill six elementary school sports and four high school roles.

Nonrenewals, or educators not welcomed back for the next school year, have essentially become extinct.

The mentoring program groups new educators with more experienced ones in order to assist new teachers with their understanding of the district’s goals and expectations.

There are different tweaks to the program for each school but all have the same main goal; supporting new teachers to prepare them for the new year.