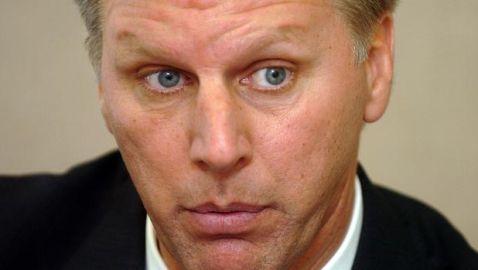 A few months before the Massachusetts State Lottery began a promo advertisement that triggered an examination and ultimately legal action, their writing team was tasked with a more ironic chore, according to the Patriot Ledger.

Hill Holiday hosted a charity event two Mays ago for the Tim Cahill’s gubernatorial campaign.  At the time, Cahill was Treasurer.  At the function, Cahill chatted about what he believed were unwarranted attack advertisements from the Republican Governors Association.

The Republicans sounded off on Cahill for his handling of the Lottery.  They alleged he was brash in his role, purchasing vehicles for his workers and upgrades to the lobby of the Lottery’s Braintree building.

Afterwards, Hill Holliday CEO Mike Sheehan asked ad copywriter Mark Nardi to pen a “silly” rebuttal.  Nardi believed it was an “extra” task that had nothing to do with his normal everyday work of writing copy for the Lottery.

Nardi’s copy ridiculed the Republican advertisements.  For example, one line read, ““If you see somebody being mean to a puppy, blame Tim Cahill.”  Another said, “If you see a sad clown, it’s all Tim Cahill’s fault.”

Supposedly, the ad was never supposed to hit the presses.  Nardi testified that in August, Sheehan gave him the assignment.  After Nardi finished his scripts after several revisions, images were added.  The ads went public in September along with Cahill ads that supposedly claimed him as the head of the lottery.

Cahill and former campaign manager Scott Campbell are all on trial for conspiracy to push Lottery advertisements to assist Cahill in his campaign as an independent hopeful.  Both have pleaded not guilty.

Nardi stated he knew his responsibility was to raise Cahill’s reputation.  Sheehan told him, “People don’t know the Lottery’s well run and successful. That needs to get out there more.”

On the contrary, Cahill’s attorney Brad Bailey challenged that sentiment of knowing his duty, stating that in a comment made to investigators early in 2011 that Nardi made no peep about a “boost” to his reputation.

Hill Holliday has been affiliated with campaigns before by starting up fundraisers.  Holliday’s first president, Karen Kaplan, started a fundraiser at the agency for Republican candidate for Charlie Baker, who ran against Cahill and Patrick.

Nardi did not know Cahill’s goals or what the Lottery splurged on advertisements.  He believed the figure in September to be $1.8 million.  The actual figure the Lottery approved was $1.5 million.  The final figure turned out to be $600,000 after the ads were promptly taken off the air.

Nardi conferenced with investigators two Januarys ago and told prosecutor Eileen O’Brien what he believed was the reason he needed to revise it.