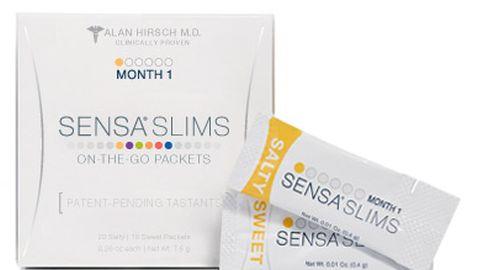 A weight loss business in the Southern section of California alleged that customers would drop pounds by tossing their flavored crystals, known as “Tastants”, on their food.  Because of that, they must fork up nearly $1 million to come to an agreement in a false advertising lawsuit, according to NBC 4 Los Angeles.

The agreement was inked in Santa Cruz a week ago.  The two fighting sides were Nutritional Supplemental Task Force and the El Segundo-located business known as Sensa, who is very popular for its “sprinkle diet”.

The suit never questioned if Sensa’s product worked or not; it was in regards to their claims that their effects were clinically irrefutable thanks to being a part of the “largest clinical study” of all-time.  Dang stated that such a study could not be “competent and reliable”.  That violates the Federal Trade Commission’s basic policies in order to retail nutritional supplements.

They can advertise their products but it simply can’t use the phrase “largest clinical study”.  On November 26, Sensa’s web page claimed the study as one of the biggest, removing the word “clinical”.

They also posted on their website a blurb regarding an alternate double-blind test substance study, which was clinically passed.

Jeffrey Richardson, the Sensa lawyer, messaged NBC Bay Area, stating that the agreement shows the organization’s conclusion “to bring to a close the dispute”.

“Sensa stands behind its weight loss products and the results they provide to consumers,” Richardson wrote.

As a result of the agreement, Sensa Products, LLC and Intelligent Beauty Inc., the parent corporation, are not allowed to claim the efficiency or the effects of their goods without having strong, factual proof that supports their assertions.

The agreement also forbids the organization to keep tagging consumers with fees for deliveries after a consumer has requested to halt such deliveries.  Sensa cannot place consumers on an automated delivery program without concise announcement of the consumer’s responsibilities.

Also, Sensa will send $800,000 in civil punishments for customer protection law execution.  Courts also issued a $105,000 fine for Sensa and Intelligent Beauty to be made to their California customers.