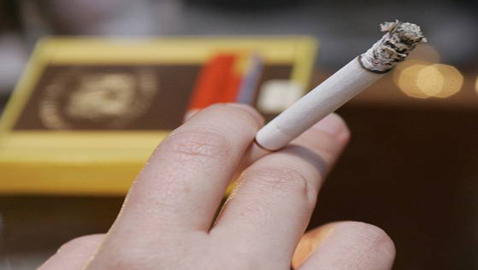 In a stunning ruling, a federal judge ordered tobacco companies to issue ads, with corrective statements, accepting that they lied about the dangers of smoking – a habit that kills around 1,200 people each day.

U.S. District Judge Gladys Kessler even went on to tell the companies what the ads must state. Each advertisement has to have the statement that a federal court has concluded that the tobacco companies have intentionally mislead the people about the harmful effects of smoking.

The judge said that other statements in the corrective ads should contain the information that smoking kills more people than anything else.  Even more than those who die owing to murder, AIDS, suicide, drugs, car crashes and alcohol combined. The ad also has to carry the message that “secondhand smoke kills over 3,000 Americans a year.”

She said that the statements were stating nothing but the truth and were uncontroversial. Moreover, the intent was to ensure that the defendants do not deceive the American public in the future.

The judge wrote that the new advertising campaign that the companies would have to undertake would be a fit rejoinder to the deception that they had been carrying on since 1964. The ads are to be published in a variety of media and have to continue for a minimum of two years.

Tobacco companies are saying that they may appeal the ruling, especially the wordings that the judge has specified.

For decades cigarette companies are advertising that low tar cigarettes are less harmful than regular ones. This health advocates say is false and fabricated.

Matthew Myers, president of the Campaign for Tobacco-Free Kids, an anti-tobacco group in Washington said that he was delighted with the ruling and said that forcing them to admit they lied is a small price to pay for the years of devastation and the serious consequences of their unlawful activity.

Myers said what he was most delighted about was that they had to state explicitly that there fraud had been discovered and that they deceived the American people and that they have been chastised by the court and now they are coming clean, not because of a change of heart, but because the court left them with no other choice.

Some analysts say that justice Keller’s ruling and the ‘corrective statements’ she insists upon would violate the tobacco rights. The companies had shown strong resentment to her 2006 ruling that they had violated the racketeering law.

Tobacco companies have claimed that the statements are like “forced public confessions.”  And designed to “shame and humiliate” them. They said that it would be better that the statements spoke about the health effects and addictive traits of smoking.

Kessler refuted the claims saying that the statements were based on precise findings by the court. “This court made a number of explicit findings that the tobacco companies perpetuated fraud and deceived the public regarding the addictiveness of cigarettes and nicotine,” she said.

Among the statements the ads were supposed to carry was one that said that there was no such thing as a safe cigarette and that all of the cause cancer, lung disease, heart attacks and premature death and that non-smokers who inhale smoke from smokers die owing to coronary heart disease. One statement spoke about the serious consequences on children who inhale second-hand smoke.

Kessler has ordered the tobacco companies and the Justice Department to initiate talks on how to implement the ruling and decide whether the corrective ads will put on websites, television, print media and as inserts within the cigarette packet.