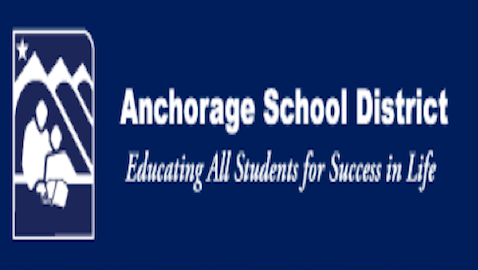 The school district in the city of Anchorage is getting ready to make some serious job cuts in order to help balance its seriously mismanaged budget. The school put out a notice that outlines some of the cuts and the reasoning behind them, “Superintendent Jim Browder announced a reorganization of the district’s leadership today. The reorganization and position reductions created a multi-million dollar cost savings. The reorganization incorporates many recommendations from the Council of the Great City Schools’ organizational audit and takes a critical look at the district’s existing structure in order to maximize efficiencies. The new framework creates a cost savings of more than $4 million, mostly due to downsizing or eliminating positions that had become vacant since July, the beginning of the fiscal year. Position reductions include teaching assistants, tutors and secretaries as well as professional staff including curriculum, financial staff and various director-level positions at the Education Center administration building. No direct instruction teaching staff has been eliminated or is anticipated to be laid off in the upcoming budget cycle.”

Job cuts of this size are more than enough to qualify as a mass layoff action under the current federal guidelines. For those of you who are not familiar with the idea of a mass layoff action here is a look at how the company chooses to describe itself, “The Mass Layoff Statistics (MLS) program collects reports on mass layoff actions that result in workers being separated from their jobs. Monthly mass layoff numbers are from establishments which have at least 50 initial claims for unemployment insurance (UI) filed against them during a 5-week period. Extended mass layoff numbers (issued quarterly) are from a subset of such establishments—where private sector nonfarm employers indicate that 50 or more workers were separated from their jobs for at least 31 days.” The only good news would be that if the company manages to trigger a mass layoff action the workers would have to be given several weeks of notification before they are put out of a job.

Of course these are not the only schools to suffer large layoffs. For those of you who missed out on our earlier coverage here is an excerpt that will get you up to speed in no time at all, “It looks like things are getting much, much worse for the schoolteachers in the state of California. We have been talking a lot, in the last couple of weeks and months about the kinds of cuts that are being made to the schools in the state. In a lot of cases those cuts are being made in generic terms we know how many workers are going to be let go, but we do not know how many of them will be classroom teachers. Today we had some light shed on those numbers. According to information released by the California Teachers Association an estimated 19,500 classroom teachers were given layoff notices over the past couple of weeks. The layoff notices had to be given by the 15th of March in order to be legal under the laws of the state of California. So if an educator did not get a layoff notice by that date then they are free and clear, at least until next years deadline.”

Where can you find the most assistant teacher jobs in anchorage? Click here.