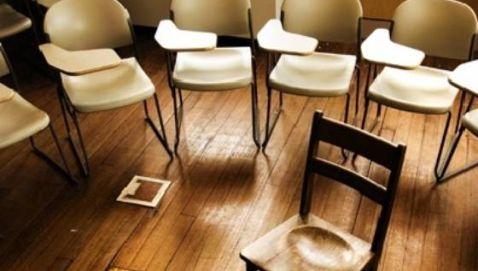 When a local public school has fewer students enrolled, the school district may end up doing a series of layoffs, as the ratio of teachers and students may be uneven. However, if the school is operated by the K12 Incorporation, the company will simply put up an advertisement on different popular websites, including The Cartoon Network and VampireFreaks.com. The incorporation will take out the advertisement as a way of attracting new students, and ultimately increasing enrollments, according to USA Today.

A recent analysis shows that the online charter schools are spending millions of dollars on advertisements, and have been doing so within the past five years. It seems to be a growing trend that is not going to stop any time soon. These online schools are currently placing advertisements online, on television, and on the radio, all as a way to try to attract new students. While public schools are facing serious budget cuts, the online schools continue to advertise in the hopes of increasing enrollment.

Virtual schools have caused much controversy over the years. Some critics believe that operators are receiving a profit from the students who choose these schools simply because they do not want to go to their local neighborhood school. However, supporters of the virtual schools believe that these online schools allow students to get another chance.

There are about 275,000 students who are currently attending the online K-12 school. A large portion of the virtual students are students who were already homeschooled before, but are now able to take advantage of the public funding, meaning that they do not have to put out the expense for the homeschooling anymore. The recent analysis shows that out of the top 10 largest for-profit operators, the K12 Incorporation has spent the most. The K12 Inc. has spent a total of $21.5 million in the span of just 8 months.

A spokesperson for K12, Jeff Kwitowski, has recently said, “We try our best to ensure that all families know that these options exist.” Kwitowski also said, “It’s really about the parents’ choice — they’re the ones that make the decision about what school or program is the best fit for their child.” Taking an inside peak at the type of places in which the advertisements are being placed shows that the K12 Inc. is looking to attract kids.

They have spent thousands of dollars on advertisements that were placed on the Nickelodeon website, The Cartoon Network, and several social networking websites that happen to be popular amongst teens. In the meantime, Kwitowski has said, “We’re leaders in the digital learning space and with that comes additional scrutiny, but we welcome that.”