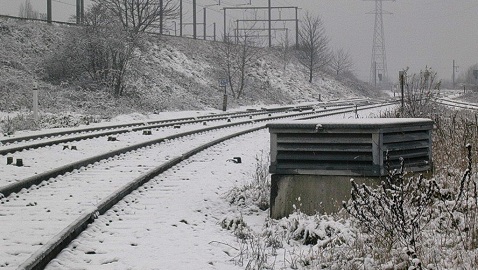 An employee working for the Kansas City Southern Railway was fired for six violations of the company’s operating rules within three years. He claimed the termination was racially motivated, basing his argument on two other workers who also lost their jobs but were reinstated. He took these claims to a federal court.

The man worked at a rail yard in Shreveport, LA. He was a switchman, brakeman and conductor, and also functioned as a foreman to some of the crews. In May 2005, he was supervising a crew which was responsible for a “bypassed coupler” – a coupler is the component that connects the railway vehicles to one another. Equipment was damaged, and the man was ultimately held accountable and was fired following an investigation.

Prior to the May 2005 violation, the employee had violated five of the company’s General Code of Operating Rules. These included a derailment, which led to a five-day suspension; a sideswipe, which led to a reprimand; riding on moving equipment as conductor, leading to a suspension (a five-day “actual suspension” and 25 days on record); a bypassed coupler, with suspension (five actual days and 40 days on record); and marking off under false pretenses, for which he received a 45-day actual suspension.

He appealed his termination to the Public Law Board. Though the Board found that the man was liable and agreed with the company’s decision to discipline the employee, it concluded that the discharge was “harsh” and “unreasonable.” The Board changed the termination to a suspension without pay for the time he’d been out of work and ordered that he be reinstated.

The man followed this with a discrimination claim filed with the EEOC (Equal Employment Opportunity Commission). He was issued a Right-to-Sue letter and subsequently filed suit. The district court granted summary judgment for the company, finding that the plaintiff had not proven pretext and had not adequately shown that two other workers treated more favorably were similarly situated.

To prove his claim of racial discrimination, in violation of both the U.S. Code and the Civil Rights Act, the plaintiff had to show that employees outside of his protected group – in this instance, workers of a different race – received preferential treatment. He cited two other men, both of whom were disciplined for two incidents and terminated following a third. In each case, the man was reinstated. The plaintiff, however, couldn’t show how each co-worker’s accumulated violations prior to the terminations was similar to the five that he had accrued. He likewise was unable to detail in what way the violation which led to his dismissal was as serious as the decisive violations for the other two.

On appeal, the man argued that the district court had erred in its determination that his job wasn’t the same as the other men’s positions – claiming that the judges had based it on job titles alone. He compared similar job duties, but offered no evidence on record that all of the men shared comparable responsibilities. Accordingly, appellate judges affirmed the district court’s grant of summary judgment for the Kansas City Southern Railway.