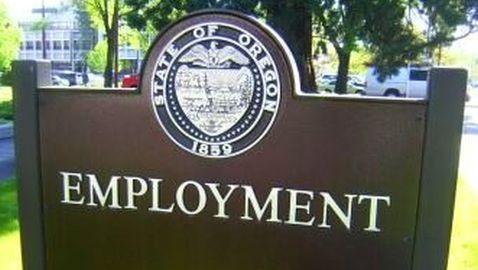 On November 29, the U.S. Census Bureau publicized the 2006-10 American Community Survey Equal Employment Opportunity Tabulation.  The evaluation contains 107 tables regarding the labor force, categorized by sex, race and ethnicity.  The U.S. Census Bureau has created this report after each decennial census since the 70s.  This will be the initial tabulation, however, that utilizes American Community Survey figures, according to a press release in the Sacramento Bee.

The synopsis is created for federal entities in charge of overseeing job practices and implementing civil rights laws for the workforce.  Organizations have taken these figures to check their conformity with laws and regulations.  The synopsis was sponsored by the Equal Employment Opportunity Commission, the office of Federal Contract Compliance Programs at the Department of Labor, the Office of Personnel Management and the Employment Litigation Section of the Civil Rights Division at the Department of Justice.

This up-to-date summary contains details about America’s workplace through many different classifications including industry, pay, education background and age.  It also holds figures about unemployment.

To go over some numbers, women made up half of veterinarians in 2006-10 as compared to 40 percent 12 years ago.  32 percent of doctors were women from 2006-10, a 5 percent bump from the turn of the century.  Dentists rose 5 percent to 23 percent in the same timeframe.

The jobs held down the most by women are as secretaries with 3.8 million.  Next on the list are cashiers with 2.8 million, closely followed by 2.7 million K-8 teachers.  Secretary has continued to be the biggest job for women since the initial EEO tabulation back in 1970.

In terms of men, truck driver was the highest amassed job with 3.2 million.  The male number of tellers, loan interviewers and clerks, insurance claims and policy processing clerks grew in this most recent tabulation.

Women have made their mark in the workplace over the last few decades.  The number bumped 4.6 percent from 1970 to 1980.  From 1980 to 1990, the number jumped 3.1 percent.  It only shot up 1.1 percent from the 90s to the new millennium and only 0.4 percent from 2000 through the most recent tabulation.  Women make up 47.2 percent of the workforce.  The jobs that were the closest in share between men and women were bus drivers and food service managers, making up 47.5 percent and 46.9 percent of the market, respectively.

Hispanic workers grew 53 percent to 22,5 million over the last two tabulations, the biggest bump for any major race.  Non-Hispanic whites amassed 67 percent of the workplace for the past tabulation.  Hispanics checked in at 15 percent.  African Americans are 11 percent and Asians make up 5 percent.

\u003cp\u003eThe Palo Alto or San Francisco office of Baker Botts L.L.P. has an opening for a tempor...