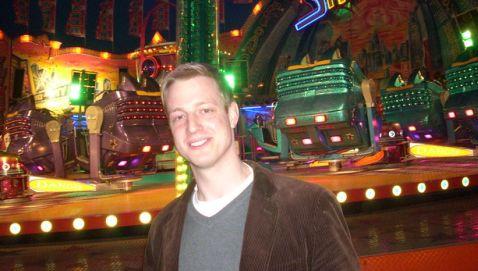 AdBlock Plus can help Android users with shredding website ads on their tablet or mobile phone.  The app will take down ads no matter what browser is being used by the consumer, according to Phandroid.

Android 3.0 or higher devices must be rooted to utilize automatic blockers thanks to impediments out of their hands.

An external look doesn’t exhibit many ways that AdBlock Plus can create a lot of revenue.  The software is entirely free of cost to their users.  There’s no “premium” version that costs money and not even a place on their website for a user to give a donation.

Their main goal is to help all of their users dispose of advertisements in their way.

When digging deeper, the AdBlock Plus crew wants to lend a hand to the entire web.  They want to help users as well as those who produce content.  While some see it as counter-productive for an application that could make loads of money, it does make sense when taking a closer look.

AdBlock’s Till Faida states they he hopes that those who produce content can be profitable thanks to his team’s work.  Advertisements accommodate both services and content with no cost to users.

AdBlock started a program called “Acceptable Ads”.  It allows users to pick out which advertisements they may deem to be “acceptable”.  While it is still being figured out what constitutes being “acceptable”, it appears text-only advertisements that don’t break up an article or go out of their way to see the main content of the site are the ones users consider “acceptable”.

Because of this, they’ve established an affiliation program with ad publishers who want to be part of the “acceptable ads” list.  Those who apply will be evaluated by the AdBlock team and if they pass, AdBlock keeps their name on a list they maintain.  AdBlock constantly keeps an eye on these sites and if they see someone violating their “acceptable ad” status, they will be disposed immediately.

While not available for Android yet, AdBlock is hoping to bring it aboard at some point.

“The real loss is happening because many websites are sticking to the old approach of annoying their visitors with intrusive ads instead of offering real value to them which would be a much more profitable approach in the long run,” he said.

The sentiment is that users won’t click on ads, so little revenue would be made anyway.  In the end, intrusive ads may push away a user from a site forever.

AdBlock Plus can be found in the Google Play Store for Android.

What Really Happens When We Receive Personalized Ads

Next Level Text Allows Anyone to Fundraise
Let’s Get Social
Feel like getting in touch or staying up to date with our latest news and updates?
Related Posts
Latest In Work Relationships