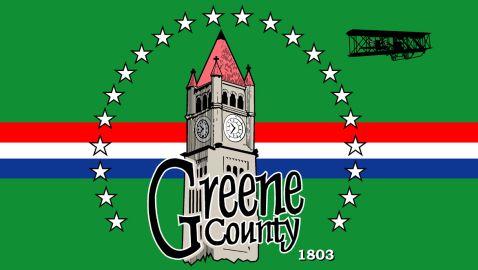 Four jobs will be axed thanks to the unification of Greene County’s children services agency along with job and family services department, according to the Dayton Daily News.

Such a move will create over $300,000 on a yearly basis, says county HR director Ken Johnson.

Granted, of the four positions canned, one was already open (executive director) while HR supervisor Julie White is headed over to help out in Johnson’s department.  Interim executive director Susan Alberter will come back to the role of program director.

The spots of Calvin Brown (operations director) and Victoria Phillips (executive secretary to the executive director) have been passed to be terminated.  The date of those switches has not been decided yet.

Phillips has not been told when her final day is.

“I’m very disappointed that I cannot still be a part of this agency,” said Phillips, a county worker for over 11 years. “At this point, there doesn’t seem to be any other position for me to move into. I’m just trying to figure out what the next steps are. I wish I could stay.”

The decision to join the entities was approved undisputedly on November 19.

The Board President, Rick Perales, is very much opposed to the decision.

“I am not happy with that decision nor will I support it,” Perales said of the cuts. “It’s rash. When we left (Nov. 19), I thought there was a clear indication that we’d be deliberate and take our time in making the process and transition work. … There’s no reason for us to be moving at warp speed to do any of that.”

With the holiday season here and a pair of new commissioners starting in 2013, it appears to be bad timing.  Tom Koogler and Bob Glaser will take the roles of Alan Anderson and Marilyn Reid.

“I have no problem with what we did,” Reid said. “There needed to be closure for the people, and what we did was very prudent and careful. We needed to move at an appropriate speed.”

Anderson says it will give the workers closure rather than the unknown of that is ahead.

Koogler was upset with the commission for not letting the procedure breathe and not allowing more people to be part of the decision.

“It’s not the way to get people on your side and gain their trust,” Koogler said. “Flipping the light switch is not the way to do this. It could have been handled differently, especially this close to Christmas and with new commissioners coming on. There should be compassion and understanding.”

Children services will be the fourth operational section in the job and family services umbrella.  A four-pronged agency has become very common in Ohio.

The New Trend of Defamation Lawsuits
Let’s Get Social
Feel like getting in touch or staying up to date with our latest news and updates?
Related Posts
Latest In Work Relationships
BCG FEATURED JOB