Home  » Unions Sue When Retirees’ Benefits Are Changed — So Can Retirees File a Suit of Their Own? 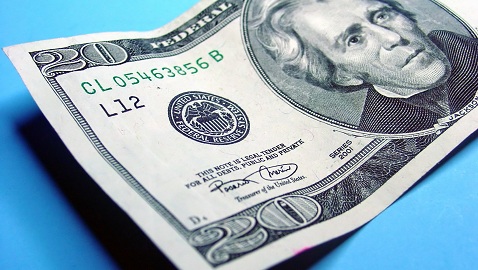 A company headquartered in Pennsylvania was sued by labor unions after altering its retirees’ health benefits. Judgment was rendered in favor of the company, but by then, the retirees had already filed a lawsuit – and the issue became one of whether they were prohibited from legal action due to the unions’ suit.

After PPG Industries, Inc. revised health benefits in August 2001 – retirees would have to pay a portion of the benefits’ cost – three unions representing the retirees took the company to a Pennsylvania district court. The unions claimed that the benefits should not have changed because they had been vested prior to the modification – vested is when the benefits belong to the employee(s), even if the beneficiary is no longer employed at a particular company. Both parties filed cross-motions for summary judgment, and federal judges sided with PPG, finding that the benefits had not vested.

The court’s judgment had been decided in 2006. In January of the previous year, the retirees affected by the change in benefits had made their own legal maneuver – a class action suit in an Ohio court citing the same allegations, under the Labor Management Relations Act and ERISA (Employee Retirement Income Security Act). They were seeking monetary damages and reinstatement of full coverage for plan members. PPG moved for summary judgment, arguing that the dismissal of the unions’ case barred the retirees from their lawsuit. The district court agreed and granted the motion.

A person(s) not party to a suit are generally “precluded” from the litigation – so that said person(s) can file a separate suit – but the Supreme Court has listed six exceptions. PPG argued that two of those exceptions apply in the retirees’ class action. One is a “pre-existing substantive relationship” between the two parties – in this case the unions and the retirees. But appellate judges disregarded this as an exception since the retirees were not union members at the time of the Pennsylvania case.

The other exception noted by PPG is the nonparty being represented by the party to the suit. The appeals court examined three elements in determining whether the unions are legally representing the retirees – and at least two elements were necessary, according to the Supreme Court. Judges concurred with one element, which was notice of the initial suit, as retirees were aware of the unions’ lawsuit.

The other elements were not as apparent. Another was shared interests of the party and nonparty. But a union represents current members, not former ones, so interests have the potential to clash – e.g., current employees receiving increased benefits in exchange for retired workers having their benefits reduced. A third element was a question of sanction. To represent the retirees, the appeals court asserts, the unions would need the retirees’ approval, and there was no proof that the nonparty agreed to have the unions act as their representatives.

As PPG was unable to provide adequate exceptions to the rule of nonparty preclusion, appellate judges believed that the retirees’ suit should not have been barred. Judges further stated that PPG could have avoided a second lawsuit by seeking to join the retirees to the unions’ Pennsylvania case. The district court’s grant of summary judgment for PPG was accordingly reversed and remanded for additional proceedings.

Unions Sue When Retirees' Benefits Are Changed -- So Can Retirees File a Suit of Their Own? by Harrison Barnes
Tags: employee retirement income security act (ERISA), healthcare benefits, labor unions, lawsuit, retirees, us court of appeals
Tweet Like Plus Pin It Share

The 6 Top Benefits Millennials Are Asking For