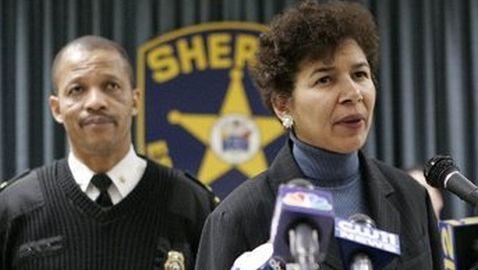 An Irvington, New Jersey Police Chief has recently been accused of ordering detectives who work for the Internal Affairs Unit to cause cruel and unfair punishment to police officers, along with running errands for him that were not related to work at all. The accusations were made against Michael Chase in August.

Two detectives working for the Internal Affairs were the ones who filed the initial complaint against Chase. An investigation began shortly after the complaints were made, and it has finally come to a close. The findings of the investigation will be made to the public at some point during the week, according to The Star-Ledger.

During the month of June, Andrea Koontz, who was once the commander of the Internal Affairs, filed her own harassment lawsuit against Michael Chase. She also accused Chase of lying and hiding the fact that he participated in a pursuit several years ago, which ended fatally. When Chase was called for comment, he did not provide a statement and did not return any calls. The Mayor of Irvington, Wayne Smith, also decided not to comment on the accusations or the ongoing investigation. The Internal Affairs commander, Monique Smith, was listed in the initial complaint as well, and she was also not available for comment.

Towards the end of August, the complaints against both Chase and Smith were sent to the attorney in Irvington. The letter was then handed over to Joseph Santiago, the Police Director. Upon reviewing the letter, Santiago wrote, “The allegations raise serious questions about the integrity of the Internal Affairs process.” He also wrote, “If true, the allegations expose Chief Chase and Detective Monique Smith to serious consequences for their actions.”

The allegations made against Smith and Chase included orders to change police reports and to discipline certain officers for no good reason. The detectives even made an allegation that Smith told the two individuals to file a charge against a police officer because the officer was Caucasian. They also said that Chase ordered them not to investigate a certain police offer because of his relation to that officer. The two police officers also say that they were sent to run personal errands for Chase, none of which had anything to do with the job at hands.

In the meantime, Santiago has said, “Even the existence of the allegations, whether any or all of them turn out to be true or not, are an issue within the agency.” He also said, “The people in the community have to be sure that the Internal Affairs process is as impartial as it can be.”