Home  » The Royal Bolton Hospital to Cut All Jobs, Rehire Some 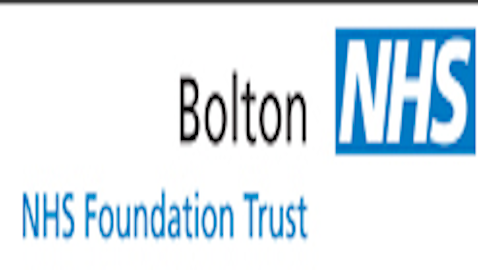 The Royal Bolton Hospital is a name that you may not know, unless you have been in search of medical care in the United Kingdom that is. For those of you who have not heard much about the facility here is a look at how they have chosen to describe themselves, “We provide a range of outpatient services across Bolton including at patients’ homes, in schools and at health centres and clinics for instance at the exciting new Bolton One development in the town centre. The Royal Bolton Hospital also provides a range of services including inpatient care and is a centre of excellence for maternity, neonatal and children. It is easily accessible – especially from the motorway network – and has a number of facilities for patients, visitors and staff including plenty of car parking! We aim to make the Trust a great place to work whatever role our staff have. In the latest national NHS staff survey staff voted the Trust in the best 20% nationally for 31 out of 38 indicators.”

Sadly the facility is getting ready to cut back on as many as 500 jobs in a move that is designed to help the facility to cut back on costs. Oddly enough this is part of a total layoff action, though most of the workers at the hospital will be rehired under a different employment contract.

This is not the only change for the company, which recently lost its Chief Executive to an early retirement, “Lesley Doherty, Chief Executive of Bolton NHS Foundation Trust, has announced that she is to retire early. She sent the following message to all staff: “This email is to inform you all of my intention to retire from my post as Chief Executive. I agreed with the Chairman in September to remain in post until January, which allows the search for my replacement to begin. I have been immensely proud to lead this organisation, even more so in the last 12 months made easier with the support from all quarters but this has not been without personal impact. I have been considering retiring early for some time and with the Trust now on track operationally with 18 weeks and A&E, a positive CQC report in August and by December we will have a recovery plan in place for the financial recovery of the Trust, it is the right time to step down.”

As you can imagine this is not the only health facility to cut back on staff to make ends meet. For those of you who missed out on our earlier coverage here is an excerpt that will get you up to speed in no time at all, “…Glens Falls is laying off staff. The hospital is between Albany and Montreal. The hospital is having problems making ends meet. Hospital administration identifies 10-million dollars in needed cost savings. The company let go of 29 people in November 2012. The hospital also reduced five employees’ hours. The hospital’s president and C.E.O. announces the hospital is having financial problems because fewer people are having elective surgery:  “We hear lots of reports from patients and physicians about patients who are hesitant about having that elective procedure because of a very high co-pay, deductible or no insurance, or they’re anxious about their own personal financial situation and may not want to take the time off,” according to WNYT. The president stated no patient care staff was cut. He said the layoffs impact all departments, including administrative, engineering, and management positions. The president blames economic woes on a decline in reimbursement rates the government pays the facility for caring uninsured or underinsured patients. The hospital states it doesn’t get reimbursed for more than 14-million dollars annually in costs to care for people getting Medicare and Medicaid.”