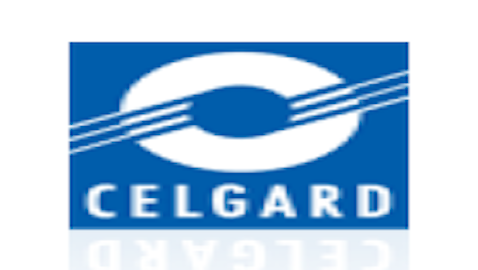 Celgard is a name that the majority of you are less than likely to be that familiar with. That is why today, before we talk about the jobs that the company is cutting, we are going to get up to speed on what the company does by taking a look at how the company has chosen to describe itself, “With more than 30 years of experience in the development, manufacturing, and distribution of high-performance membrane separators, Celgard is a recognized leader among lithium battery material suppliers, delivering outstanding product performance, reliable supply, technical solutions, and global business support. Celgard® products were initially developed in the mid-1960s at the Celanese Research Labs in Summit, New Jersey, USA.  By the mid-1970s, our membranes enjoyed commercial success as a key component in blood oxygenation devices commonly used in heart bypass surgery.   Celgard has been developing and producing separators for primary (single-use) lithium batteries since the early 1980s, and for secondary (rechargeable) lithium batteries since the early 1990s.”

This job cut however will not be a mass layoff action under the current federal guidelines. For those of you who are not familiar with the idea of a mass layoff action here is a look at how the company chooses to describe itself, “The Mass Layoff Statistics (MLS) program collects reports on mass layoff actions that result in workers being separated from their jobs. Monthly mass layoff numbers are from establishments which have at least 50 initial claims for unemployment insurance (UI) filed against them during a 5-week period. Extended mass layoff numbers (issued quarterly) are from a subset of such establishments—where private sector nonfarm employers indicate that 50 or more workers were separated from their jobs for at least 31 days.”

The company’s latest release however was about an expansion that seemed to be ready to bring money into the company, “Polypore International, Inc. (NYSE:PPO) today announced that it has approved additional capital expenditures of approximately $105 million to expand its lithium-ion battery separator capacity for Electric Drive Vehicles (“EDVs”). This expansion is expected to be at the Company’s facility in Concord, North Carolina pending final approval in early August of proposed local incentives by the City of Concord and Cabarrus County. This latest expansion, which is the fifth phase of EDV-targeted expansion announced since August 2009, is expected to begin ramping up in late 2013 and be fully operational in 2014.  Robert B. Toth, Chairman, President and Chief Executive Officer, said: “We are experiencing an accelerating demand curve associated with the growth of Electric Drive Vehicles, and the size and scale of our investments are in response to that acceleration. We have been working closely with key customers to evaluate this, as well as the growth rate in consumer electronics applications, and the related impact on our capacity. This latest investment is consistent with our commitment to make the necessary investments to capitalize on this growing demand.”