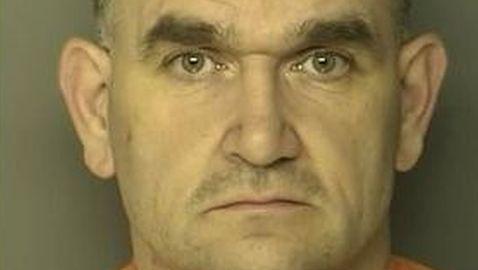 Earlier on this week, the Horry County Police Department arrested one of their own. The Police Corporal, Charles McLendon, was a veteran to the force. He has been arrested on two charges, criminal domestic violence and misconduct in the office. McLendon was working with the Horry County Police Department for quite a while, starting back in 1999. However, since his arrest, he has been terminated from his position, according to WBTW News 13.

The arrest comes after McLendon chased his wife down while in his police car. He used the loud speakers on the police car to scream and shout at his wife. He also placed his police car into the street, blocking her way so that she could not get through. Once he got home, he continued arguing with his wife, and he even choked her. The incident all begin at 12:30 in the morning.

The police were sent to the home of McLendon and immediately noticed that there was sign of a struggle and aggression. McLendon’s wife told the police that she is separated from her husband, although they are currently married. His wife told the police that the events transpired because McLendon saw a different car parked at their home, which happened to belong to a friend. The friend rode his wife home from an outing earlier on in the day.

Once McLendon noticed the car parked by the home, he used the loudspeaker in the car to shout and scream at the victim. He also told his wife that he was planning on killing himself. After screaming and shouting, his wife says that he left the area. Once she left the home, she noticed that McLendon started to follow her in his police vehicle. He told her to pull over to the side of the road, but she refused to pull over, which is when McLendon took it upon himself to use the emergency equipment in the car.

When his wife eventually pulled the car over, McLendon went up to the car, threw his wedding ring at her, and told her that he had just one a bullet in his gun, which is all he apparently needed. Once he said this, he left, and his wife was certain that he was going to hurt himself. When his wife arrived at home, the two got into an argument, which became aggressive. His wife admitted to hitting McLendon, but also said that he choked her. She claims to have been able to get McLendon off of her body by smashing a can of air freshener onto his head.

6 Ways to Make Your Employees Happier
Let’s Get Social
Feel like getting in touch or staying up to date with our latest news and updates?
Related Posts
Latest In Work Relationships
BCG FEATURED JOB