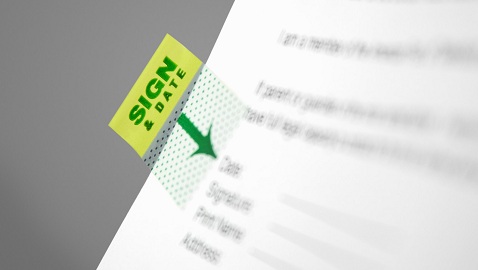 The economic downturn claimed another victim in November 2008 when an employee was terminated as part of a reduction-in-force. But the employee in question alleged another reason for being fired – he’d reported a co-worker’s illegal conduct.

The man had been hired by Interpublic Group of Companies, Inc. (IPG) in July 2003 working for a subsidiary. He was eventually transferred to another subsidiary, GM R*Works, whose only client is General Motors. The man’s employment was considered “at-will” – meaning that the company could fire him at any time and for any reason – and he regularly garnered high performance ratings for his work.

The employee alleged that he’d learned of a manager engaged in illegal behavior – falsely billing GM for personal expenses, selling stolen GM property online or using it for personal reasons, and abusing GM funds. He reported the conduct to IPG’s corporate attorney and senior management. What followed, he claims, was a series of retaliatory acts – scrutinizing his work, removing job assignments, assigning duties to other staff, etc. These allegedly continued until he was fired.

He sued under Michigan state law for breach of contract and wrongful discharge in violation of public policy. He later sought leave to amend his complaint for restructuring and adding a third claim of promissory estoppel, which essentially holds the company to a presumed “promise.” The district court granted IPG’s motion for dismissal and denied the plaintiff his requested leave.

To prove a breach of contract claim against an at-will employment, the plaintiff had to show a valid contract between himself and his former employer. But judges were looking for a “clear and unambiguous” employee/employer relationship, and the man only cited IPG’s Code of Conduct – a provision which promised that retaliation would not be taken for any issue brought in good faith. The Code, in contrast, continually referenced the at-will status of employees and even considered itself a “guide” in dealing with legal concerns, negating a clear and unambiguous association.

An at-will worker can rightly seek legal action if the discharge unmistakably violates a public policy. In this case, the plaintiff claimed that he was terminated for reporting employee misconduct, but he didn’t show that IPG had asked him to violate a law or retaliated against him for refusing to do so. Appellate judges also reviewed the promissory estoppel claim that the plaintiff sought to add to his complaint. The plaintiff pointed to an IPG policy statement which noted that employees reporting misconduct would not be terminated, but policy statements are not considered promises. And in this instance, the Code of Conduct specified that policies may change at the company’s discretion and that no policy alters the at-will status of employees.

On appeal, judges perused the proposed amended complaint but deemed it as “woefully inadequate” as the original complaint. The plaintiff merely listed the claims and failed to offer details, including specific dates, persons involved in reports of misconduct or his termination, specific acts of retaliation against him, or any facts, direct or circumstantial, suggesting that he was fired for reporting illegal conduct. The appeals court agreed with the district court’s decisions on all counts and affirmed the case’s dismissal and the denial of leave for the plaintiff to amend his complaint.