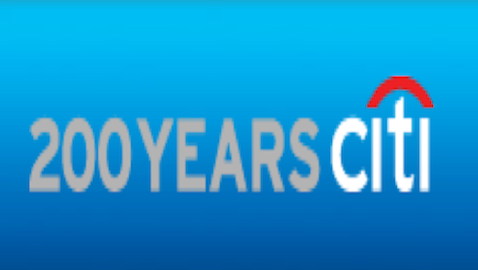 Citigroup Inc is a name that most of you probably know very well, as the global banking group is sizable. Sadly the company is also making some sizable cuts. The company will be cutting back on 11,000 jobs worldwide. Some of the job cuts are likely to come to the United States and if they do then they may trigger a mass layoff action.

For those of you who are not familiar with the idea of a mass layoff action here is a look at how the company chooses to describe itself, “The Mass Layoff Statistics (MLS) program collects reports on mass layoff actions that result in workers being separated from their jobs. Monthly mass layoff numbers are from establishments which have at least 50 initial claims for unemployment insurance (UI) filed against them during a 5-week period. Extended mass layoff numbers (issued quarterly) are from a subset of such establishments—where private sector nonfarm employers indicate that 50 or more workers were separated from their jobs for at least 31 days.”

This is, as you can imagine, not the first time that the company has chosen to turn to layoffs in order to put its balance sheet to right, “It looks like jobs in the banking industry are going to taking yet another hit to jobs in order to service the bottom line. This time it is the management of Citibank that is getting ready to ready to give a portion of its workforce the boot. Citibank is well known as the third largest bank in the United States, but they may not be keeping that title after all is said and done with the job cuts. Though, it may not happen in this round exactly. Citigroup Inc. is getting ready to cut back on about 350 jobs from their payrolls. The company is, according to the rumors, to jobs in the investment banking and trading areas. For the time being the company has not put out a statement about the job cuts, so we do not know a lot of the details about the job cuts for certain, including what kind of a severance, if any, they are going to be offering to their workers in order to help them to ease their transition off of the payrolls and onto the unemployment line.”

The company also cut back on 4,500 workers in 2011, “What is surprising is the number of people who are about to be out of a job. The company is looking to cut roughly 4,500 positions that they have labeled as redundant from branches all over the world. While we do not have exact numbers on how many people will be cut from specific locations, we do have some information on general areas. Hundreds of jobs are expected to be cut from locations in the Middle East, Africa, and Europe. Luckily the people who are facing the layoffs know a bit more than the media at large. The bank has already begun to warn members of at risk departments or projects. While currently only some of the warnings have gone out, the rest of the soon to be affected employees should be notified by the end of the week.”

For now the details of the job cuts have not been confirmed in details such as location or job titles to be cut.