Home  » Minority Entrepreneurs Three Times More Likely To Hire Black Candidates: Are They The Answer To The Black Job Crisis? 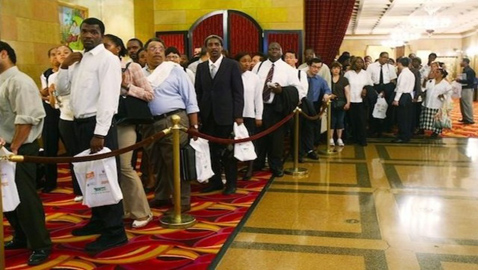 The labor department report, preceding the Election Day had lots of Americans cheering and it could have even played its hand in sending President Obama back to the White House for another four years.

This is a subject that has exasperated a lot of African-Americans and the lack of progress in this matter has been a very vexing concern. However, they have not been very vocal in their criticism of the President, as Rep. Emanuel Cleaver (D-Mo.), pointed out, that had these figures appeared with a white president ensconced in the White House, the Blacks would be marching with placards all around the iconic building. He averred that it was but natural, that the community took pride in the fact that one of their kind was the President of the country.

As the nation celebrates ‘Minority Enterprise Development Week’ the question the community is asking is, will the situation be addressed with a little more concern and seriousness or is there a possibility that, given the proven employment bias against the African Americans, they may have to look towards the Black employers to alleviate their job crisis.

Speaking on the completion of three decades of the ‘Minority Enterprise Development Week’ the President issued a proclamation that said, that minority entrepreneurs in the US, envisaging a bright future full of potential and promise, were establishing businesses that “make up the backbone of our economy.”

The President went to sing paeans about the minority entrepreneurs and the worth and value they brought to the country, but he did not mention anything about the huge role they could play in providing employment opportunities to those who have been denied them elsewhere and that they could play a significant and major role in addressing the problems of African-American unemployment.

However, research has conclusively proven that the more the number of minority entrepreneurs increase, it will have an spontaneous affirmative effect on minority employment statistics as black employers tend to hire more African-Americans than white employers. A survey also revealed that black youth are more likely to apply to businesses operated by blacks as compared to businesses run by the white entrepreneurs.

Just how difficult it for the black workers to get a job is seen in a Princeton study conducted 5 years ago. It found that white males, who mention that they have a felony conviction on their applications, stood a much better chance of being called for the job, than a black applicant without a felony application. Meaning that leave alone get a job, being black was sufficient reason to miss out on even an interview.

Tarrus Richardson, CEO of IMB Development Corp says that minority entrepreneurship can play a decisive role for the African –American community. He said that there is proven evidence that minority owned workplaces are three times more likely to hire black candidates  than white owned businesses. Minority entrepreneurship is the catalyst that will push the community forward and help create jobs, wealth and stronger institutions within the community.

Minority Entrepreneurs Three Times More Likely To Hire Black Candidates: Are They The Answer To The Black Job Crisis? by Harrison Barnes
Tags: Unemployments
Tweet Like Plus Pin It Share