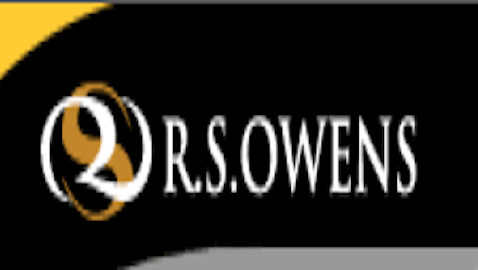 R.S. Owens is a name that some of you may know about, if you have a penchant for recognition. For those of you who are less than familiar with the company lets begin with a look at how the company has chosen to describe itself, then we can look at the job cuts to come, “R.S. Owens has been producing and designing many of the world’s most prestigious and coveted awards for over 73 years. With a firm commitment to creativity, quality and craftsmanship, R.S. Owens has grown into the largest manufacturer of premier awards in the world. The Oscar®, Emmy, Cotton Bowl, Pepsi 500, American Idol and the Rock & Roll Hall of Fame Awards highlight the expansive list of honors produced by R.S. Owens.”

Sadly the company is getting ready to cut back on about 95 of its workers. The famous award making company will be making enough cuts to qualify as a mass layoff action under the current federal guidelines. For those of you who are not familiar with the idea of a mass layoff action here is a look at how the company chooses to describe itself, “The Mass Layoff Statistics (MLS) program collects reports on mass layoff actions that result in workers being separated from their jobs. Monthly mass layoff numbers are from establishments which have at least 50 initial claims for unemployment insurance (UI) filed against them during a 5-week period. Extended mass layoff numbers (issued quarterly) are from a subset of such establishments—where private sector nonfarm employers indicate that 50 or more workers were separated from their jobs for at least 31 days.” The company has already filed a notification of mass layoff action with the Illinois Department of Commerce and Economic Opportunity. The only good news is that under the terms of a mass layoff action the company has to give the workers several weeks of notice before they take them off of the payroll and put them onto the unemployment line.

Interestingly enough the company, in its latest release, was talking about a new award that the company has made, instead of talking about the job cuts that the company is making, “Not only does R.S.Owens produce many of the world’s most prestigious awards, but also winning awards based on performance keeps the company at the top of it’s game. At last weeks PPAI Expo (Jan 4-6, 2012), R.S.Owens was honored with several awards.  First was the Gold Award for Best Customized Non-Catalog Product ($25 and up category) for R.S.Owens dramatic Pepsi Max NASCAR trophy with a 15” soda can replica surrounded by polished aluminum flames and glowing blue LEDs.”