Home  » Bank of America to Make Another Round of Job Cuts 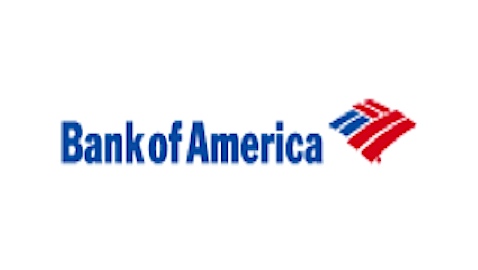 Bank of America is a company that many of you may think that you know; after all you have likely seen its retail locations for the use of its customers. That is, by far, not the only thing that the company does. That is why today, before we talk about the job cuts to come, we are going to begin by looking at how the company has chosen to describe itself, “Bank of America is one of the world’s largest financial institutions, serving individual consumers, small- and middle-market businesses and large corporations with a full range of banking, investing, asset management and other financial and risk management products and services. The company provides unmatched convenience in the United States, serving more than 55 million consumer and small business relationships with approximately 5,500 retail banking offices and approximately 16,300 ATMs and award-winning online banking with 30 million active users. Bank of America is among the world’s leading wealth management companies and is a global leader in corporate and investment banking and trading across a broad range of asset classes, serving corporations, governments, institutions and individuals around the world. Bank of America offers industry-leading support to more than 3 million small business owners through a suite of innovative, easy-to-use online products and services. The company serves clients through operations in more than 40 countries. Bank of America Corporation stock (NYSE: BAC) is a component of the Dow Jones Industrial Average and is listed on the New York Stock Exchange.”

Sadly the company is getting ready to cut back on about 280 jobs at its Glendale  location, in what will be a mass layoff action. For those of you who are not familiar with the idea of a mass layoff action here is a look at how the company chooses to describe itself, “The Mass Layoff Statistics (MLS) program collects reports on mass layoff actions that result in workers being separated from their jobs. Monthly mass layoff numbers are from establishments which have at least 50 initial claims for unemployment insurance (UI) filed against them during a 5-week period. Extended mass layoff numbers (issued quarterly) are from a subset of such establishments—where private sector nonfarm employers indicate that 50 or more workers were separated from their jobs for at least 31 days.”

This is, as you may have imagined, not the only time that the company has cut back on jobs in order to fix its balance sheet. Here is an excerpt from the cuts made in September, “It looks like the folks over at Bank of America are up to their old tricks again. The company is getting ready to make another round of layoffs happen, well most likely several of them, and they are going to put a significant number of people out of a job. According to reports the company is going to be cutting about 16,000 jobs between now and the end of the year. Considering that it is already September that means the company is planning to shed, on average, about 5333 jobs each month between now and the end of the year. While the company has yet to outline in detail what this means in terms of what kinds of jobs are going to be cut and from what locations we can reasonably assume that the company will be making at least one mass layoff action happen.”

In its most recent release the company offered to buy back Senior Notes, “Bank of America Corporation announced today, in connection with its pending offer to purchase for cash (the “Tender Offer”) any and all of the outstanding 5.70% Senior Notes due 2034 (CUSIP No. 55262CAJ9) issued by MBIA Inc., a Connecticut corporation, that it has waived all conditions to the Tender Offer, except for the General Conditions [as defined in the Offer to Purchase dated November 13, 2012 (the “Offer to Purchase”)].  Except for the foregoing, the terms of the Tender Offer remain in effect as described in the Offer to Purchase and the related Letter of Transmittal.  The Tender Offer will expire at 11:59 p.m., New York City time, on December 11, 2012, unless extended.”