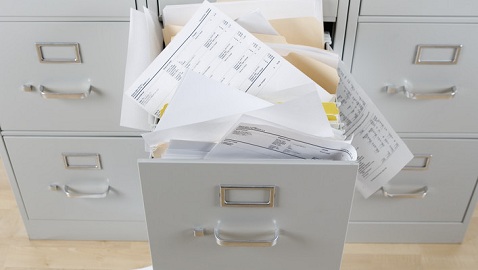 There are many ways a person can lose a lawsuit against his/her former employers: fail to present evidence, have a less than creditable witness, or wait too long to initiate legal action. One of the surest ways to have a case dismiss is not to file paperwork, especially after the judge has ordered that it be done.

A man in Florida brought action against Zinn Petroleum Companies, LLC, for whom he’d worked for almost two years. He claimed that the company had not been paying him overtime, and that he’d been out of work for several months due to a work-related back injury and no position was available for him once he could return to work. He alleged that the U.S. Code and Florida’s workers’ comp had been violated, and he further sought declaratory relief – a court’s determination as a formal declaration in lieu of additional action or awarding damages – for Zinn not complying with the Fair Labor Standards Act (FLSA).

Following Zinn’s response to the man’s complaint, the district court ordered the former employee to file a “statement of the claim” within 20 days – to include the total of the alleged unpaid wages and how he’d come to that amount. Despite a warning that failing to comply with the court’s orders could result in dismissal, the man did not file the statement within 20 days or any time after that.

In January of this year, the district court set a pre-trial conference for mid-June. Federal judges also ordered that a “Pre-Trial Stipulation” – a form from both parties which essentially details the evidence, any witnesses, etc. – be filed by noon 14 days before said date, which was June 1st. Both sides had close to six months to file the paperwork, but the man failed to do so and never made a motion for an extension. A “Final Order of Dismissal” was issued on June 1st and the man’s complaint was dismissed without prejudice. Three days later, the plaintiff moved for reconsideration, stating that he’d simply forgotten to file his statement, but the motion was denied.

On appeal, the man argued that the district court’s decision was akin to a dismissal with prejudice because too much time had passed and he was now barred from making his FLSA claims of unpaid overtime wages. And a dismissal with prejudice was excessive, he claimed, since there was no indication of a willful delay or “contumacious” (disobedient) behavior from the plaintiff or his attorney.

The appeals court agreed. Because the plaintiff had to re-file his complaint, his FLSA claims were mostly negated. Appellate judges likewise considered it a dismissal with prejudice and, as such, determined that it was unfair – the man’s failure to comply was simple negligence, not willful delay or misconduct. Federal judges made no ruling on whether lesser sanctions would have been sufficient in acquiring the plaintiff’s compliance or if such action would have prejudiced the company. Accordingly, the appeals court vacated the district court’s Final Order of Dismissal and remanded the case for further proceedings.