Home  » 10 Words Your Resume Must Not Contain 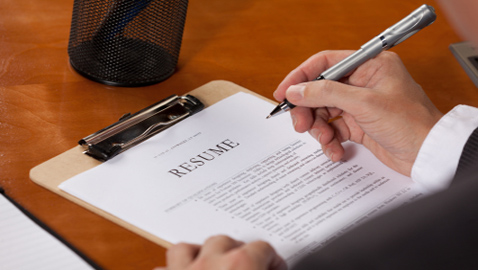 Recruiters and career guides offer tons of advice on how to frame a resume and how to eliminate mistakes. However, one error, that most job-applicants make in their resumes and one that is often overlooked and disregarded by these experts, is the repeated use of clichés and vague phrases and certain words that invariably creep into most of the resumes.

LinkedIn researched the most overused words, across their min-boggling 187 million pages, and released a list of ten most used words. These are ten words that job applicants should most definitely not use in their resumes and if they are already there, which is most likely the case, then they should be removed immediately.

Career experts say that it is one of worst errors of judgment to make and greatly diminishes the candidate’s chances of finding favor at the potential workplace. A resume is a potent and powerful marketing tool, they say, and should help the candidates stand apart from the rest of the pack.

LinkedIn says that the words most commonly used on the sites pages are also those that appear on resumes and hence are the words that you should be avoiding when writing or formatting your resume.

The ten most recurring words were Creative, Organizational, Effective, Motivated, Extensive experience, Track record, Innovative, Responsible, Analytical and Problem solving. With “creative” being the most used word, for the second consecutive year.

When you use these words in your resume, your prospective employers or their hiring departments are so used to these words, that they become monotonous and tedious, and instead of taking your words “creative” and “effective” to assume that you are innovative and competent, they will brand you as a predictable and run-of-the-mill candidate.

Career guidance experts say that carefully chosen words can make the difference between a good resume and a great one. LinkedIn’s career expert Nicole Williams says that instead of saying on your resume that you are “creative,” it would service the purpose more, by mentioning some of the precise ways in which you are creative. Instead of you telling the employer that you are creative; let him make his own conclusions.

Remember when you use such adjectives, there are a millions more using the same words, diluting their worth and meaning.

LinkedIn says that the excessive use of these words is not confined to within the country’s borders alone, but are also the most overused words in other countries including Canada, Singapore, Sweden and the Netherlands.

Though most words have continued their presence in the dubious list of overused words, there were lesser people using the words, “communication skills” and “dynamic,” which were there on last year’s list. Taking their place, were new words like “responsible” and “analytical.”

Recruiters say that when employer’s source candidates from their databases they look for keywords to narrow down their choices to between 10 and 15 candidates. The others are weeded out. What applicants think of as special words are in reality, vague generalities, as millions are using them and lead to their exclusion rather than their inclusion.

Resume writers say that totally eliminating the words can be difficult as adequate replacement words are not easily found. But creative can be rewritten as imaginative, inspired or artistic. Wall Street Journal’s Leslie Kwoh says that you can even coin your own words, even if they tend to sound indistinct and commonplace. “We’re looking at you, ‘synergy,’ ‘optimization,’ ‘leverage,’ ‘pivot’ and ‘innovation,'” he said.

Top Five Reasons Talented Employees Quit
Let’s Get Social
Feel like getting in touch or staying up to date with our latest news and updates?
Related Posts
Latest In Work Relationships
BCG FEATURED JOB

Regulatory Counsel, Privacy & Corporate Compliance The candidate will serve as the Company’s ...