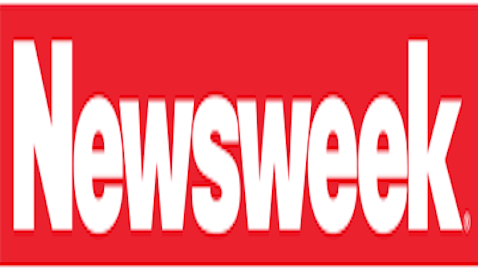 Newsweek is a name that many of you may know; even if you think you know their signature publication the odds are good that you do not know much about the company behind it. So before we talk about the job cuts to come in the near future lets take a look at how the company has chosen to describe itself, “The Newsweek/Daily Beast Company LLC formed in February 2011 when the revered print brand and the thriving young news site completed their merger, bringing together the warp speed 24/7 website with the depth, analysis, and investigative power of a great print magazine. The combined operation now attracts over 19 million unique online visitors a month and the magazine reaches 14 million readers across America, and millions more through its international editions. The Daily Beast was founded in 2008 as the vision of Tina Brown and IAC Chairman Barry Diller. Curated to avoid information overload, the site is dedicated to breaking news and sharp commentary. After the merger, The Daily Beast became the online home of Newsweek Magazine, which has served as the world’s preeminent conversation starter since its founding in 1933. Tina Brown, former editor of Vanity Fair, The New Yorker and Talk, serves as Editor-in-Chief of both publications.”

The company is getting ready to layoff an as yet unknown percentage of its editorial staff, which may lead the company to a mass layoff action under the current federal guidelines. For those of you who are not familiar with the idea of a mass layoff action here is a look at how the company chooses to describe itself, “The Mass Layoff Statistics (MLS) program collects reports on mass layoff actions that result in workers being separated from their jobs. Monthly mass layoff numbers are from establishments which have at least 50 initial claims for unemployment insurance (UI) filed against them during a 5-week period. Extended mass layoff numbers (issued quarterly) are from a subset of such establishments—where private sector nonfarm employers indicate that 50 or more workers were separated from their jobs for at least 31 days.”

This is not the first time that newspapers have cuts jobs in order to make things work, for those of you who missed out on our earlier coverage here is an excerpt that will get you up to speed on other cuts in no time at all, “The Boston Globe is a newspaper that is read by many in the Boston metro area. Many people know the newspaper for its reporting, and for the accompanying website. Most of the readers however don’t think of it as an employer, but they are. Well, at least they were for 53 workers who are soon to be cut from the payrolls.”

Even larger cuts have been made over at Fairfax Media Limited, where almost 2,000 people lost their jobs. Here is an excerpt from our earlier coverage of those cuts, “For those of you do not follow the world of Australian journalism the company is talking about a real loss of about 1,900 jobs when all of the cuts are said and done. These cuts will not be made in a single wave. The jobs will be cut in smaller stages between now and March of 2013. By that time the company is hoping to move farther away from the print editions it has used in the past and move more towards digital editions and other methods of delivering news.”