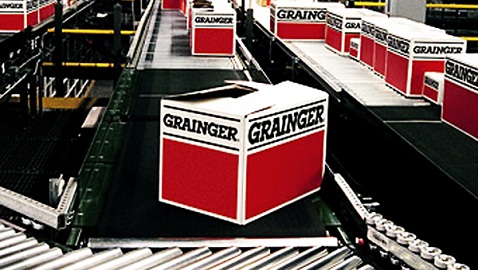 A male employee working overtime for W.W. Grainger, Inc. was fired was his apparent misconduct. But two co-workers, who were disciplined for similar actions, didn’t lose their jobs. And because they were women, the man claimed, it was sexual discrimination.

Company employees had been asked to work overtime on a Saturday. The man had been observed standing around and talking to others in lieu of working and, according to Grainger, even sitting on a conveyor belt – the last of which was a violation of a company safety rule. The man’s employment was terminated, and he took his former bosses to court.

He alleged sexual discrimination, in violation of Title VII of the Civil Rights Act. He maintained that two female employees had also been hanging around, socializing and leaning against a conveyor belt, but they were only given written warnings. A magistrate judge heard the case and recommended to the district court summary judgment favoring the company. The district court approved the recommendation, not believing that the man had a prima facie case – one which could proceed to trial.

To prove a case of discrimination, a plaintiff must show that “similarly-situated” employees outside a protected class received preferential treatment. In this instance, the “protected class” was gender, so the man had to prove that the female workers had similar job functions and were working under similar circumstances. But, as appellate judges noted, the women were volunteers in the company’s outbound department, while the man regularly worked in outbound and had been explicitly told by management of the importance of productivity on that particular Saturday.

Likewise, the plaintiff had a different supervisor than the women. The man argued that, on that Saturday, all three employees were working under the same supervisor. But that supervisor had no involvement in disciplining the workers – the females’ written warnings came from their regular supervisor, and the decision to discipline the man came from someone else and was signed off by his regular supervisor.

The appeals court believed that, even if the plaintiff had established a prima facie case, he was still unable to prove Title VII discrimination. The company stated that it had fired the man due to having been previously disciplined and a history of poor performance. The women, in contrast, had received positive performance reviews.

The plaintiff did point to three other men who were fired for misconduct after the Saturday in question. But one man was eventually reinstated, another was fired a month later and for behavior unrelated to that day, and the third employee, like the plaintiff, had prior instances of discipline and an inadequate job performance. The plaintiff, in short, had not proven pretext – no history of favorable treatment or any motivation for supervisors to treat female workers differently than males.

The plaintiff did note “harassment” that he endured at Grainger, but his Title VII claim was for discrimination based on his gender – and he had failed to support that claim with substantial evidence. As a result, the appeals court affirmed summary judgment for the company.

10 Things to Look for When Hiring
Let’s Get Social
Feel like getting in touch or staying up to date with our latest news and updates?
Related Posts
Latest In Work Relationships
BCG FEATURED JOB