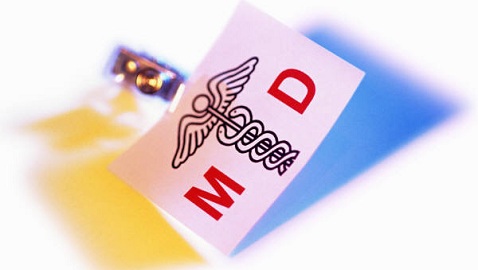 A medical doctor who’d been transferred to a new facility claimed that his disability was the reason he was subjected to a hostile work environment. He filed a lawsuit, alleging that his employers had violated the Americans with Disabilities Act (ADA).

The man had been diagnosed with carpal tunnel syndrome in his right wrist, as well as an ulnar nerve injury in his right arm. He was working in the Primary Care section at an Ohio Veterans Administration facility and applied for positions in the Compensation and Pension (C&P) sections at VA facilities in San Antonio, TX and Las Vegas, NV. His injuries made it difficult for the doctor to handle heavy typing, making C&P a preferred option. He was offered both positions but accepted the job in San Antonio.

Just a few weeks after starting his new job, however, the doctor was moved from C&P to the Primary Care section. He later met with his second-line supervisor and told her about his disability. He asked to be reassigned to the C&P section because of the heavy typing required in Primary Care. The supervisor allegedly became irate, accused him of deceiving the facility by hiding his disability and threatened his job.

The man’s suit cited this specific incident as evidence in his case. He further noted the apparent delay in management accommodating his disability. He initially requested accommodation in May 2006 and again in June, October and July of the following year. He claimed that the typing made his condition more severe and was the reason he needed surgery in December 2007. He believed his accommodation requests were neglected with the hopes that he would simply quit.

He further claimed that his former supervisor in San Antonio said that his new supervisor asked for “the dirt” on the doctor, and that the second-line supervisor wanted him to give the doctor a poor rating. Finally, the doctor alleged that two “written counselings” in 2008 were unfounded and asserted that this was done to build a case for future termination.

The man argued that threatening his job, establishing the potential for termination and disregarding his disability to the point where surgery was required all constituted a work environment that a court would find hostile or abusive. The VA facility countered by stating that the doctor was never physically threatened or humiliated, the reputed hostility happened only intermittently over a period of more than two years, he was not stopped from doing his job, and he was never up for termination, suspended, placed on a performance improvement plan or disciplined.

A plaintiff with a hostile work environment claim would need to show the frequency and severity of the hostility, any physical threats or humiliation and whether it interfered with a person’s work – all of which were disputed by the facility. Both the district and appeals courts agreed that the plaintiff had proven a work environment that was “uncomfortable,” but not one which could be considered hostile or abusive. Federal judges consequently dismissed the case, a decision which was upheld on appeal.