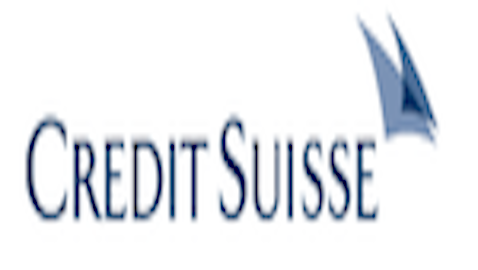 Credit Suisse is a name that we have talked about in the past. The company is getting ready to cut back on about 120 jobs in the state of New York, in a move that will qualify as a mass layoff action under the current federal guidelines. For those of you who are not familiar with the idea here is a look at how the federal government defines a mass layoff, “actions that result in workers being separated from their jobs. Monthly mass layoff numbers are from establishments which have at least 50 initial claims for unemployment insurance (UI) filed against them during a 5-week period. Extended mass layoff numbers (issued quarterly) are from a subset of such establishments—where private sector nonfarm employers indicate that 50 or more workers were separated from their jobs for at least 31 days.”

Sadly these 120 jobs cuts are not, by far the first round of job cuts to be done by the company. They have made several rounds of job cuts to their staff, particularly in the greater New York area, in the recent past.

For those of you who missed out on our earlier cuts to staffing that the company announced in May of this year here is an excerpt that will get you up to speed in no time at all, “Credit Suisse Group, a large international bank that finds it home in Zurich, has decided that it is time to cut back on some of its staff. In this round of the job cuts that have batter jobs in finance all over the world the cuts will come from workers in the New York City area… The 126 people who are set to be impacted by the job cuts are going to have until the 6th of August to either find themselves new jobs or make their way onto the state unemployment payrolls. In the current economy, and with the near universal cuts to banking and investment firms that have been going on over the last couple of years it is more likely that the workers are going to be transitioning onto the unemployment line instead of into a new job at another bank. For now the management over at Credit Suisse Group are not being very forthcoming with the details about the current round of layoffs.”

The Credit Suisse company also made some announcements of job cuts back in the month of April, “Well it looks like the bank is going to be cutting back on jobs. According to sources close to the company the bank is looking to cut jobs in order to cut back on its overhead. The bank is rumored to be cutting back on about 5,000 jobs. The rumors, which began after reports by the  Sonntag newspaper. The bank is not confirming the reports at the current moment but if all goes according to the rumors then the cuts will be a significant portion of the 49,700 workers who are currently employed by the bank.”

For now there is no information about severance packages.